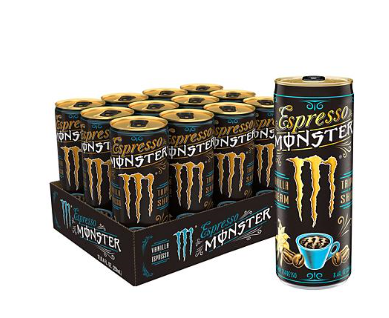 NEW YORK (Legal Newsline) – Monster Beverage Company deceives consumers by labeling one its espresso drinks “vanilla cream” when it is flavored by imitation vanilla ingredients, according to a class action lawsuit.

“Defendant’s branding and packaging of the Products are designed to –and does –deceive, mislead, and defraud consumers,” said the lawsuit, filed by consumer Akash Budhani on behalf of other customers.

Real vanilla raises the cost of products and the amount consumers are willing to pay, the complaint said.

“Had plaintiff and class members known the truth, they would not have bought the products or would have paid less for it,” the lawsuit states. “As a result of the false and misleading labeling, the Product is sold at a premium price, approximately no less than $3.89 per unit, excluding tax, compared to other similar products represented in a non-misleading way.”

The suit, filed Feb. 18, seeks a court order forcing Monster to correct its labeling and unspecific actual and punitive damages.