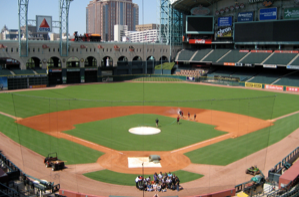 NEW YORK (Legal Newsline) — A Florida man has filed a lawsuit against Major League Baseball, the Houston Astros and the Boston Red Sox claiming he and others were victimized while betting on fantasy baseball by the sign-stealing scheme that involved using technology and trash cans.

The lawsuit comes after revelations surfaced that the Astros were partaking in such practices in 2017 when they won the World Series, and that the Red Sox had their own sign-stealing practices during their World Series-winning 2018 season.

The lawsuit claims MLB had been ignoring the conduct of it's teams for years. The reason alleged in the lawsuit was that the league was invested in fantasy sports and the "intentional manipulation of players' statistical performance would have had a disastrous effect."

The lawsuit filed on behalf of Clifford by his attorneys at the Radice Law Firm, P.C. and Berger and Montague brings forward seven counts and accuses the defendants of unfair or deceptive practices, unjust enrichment, and negligence.

Clifford now wants a jury trial in the case. He's requesting monetary compensation for himself and others who paid to play fantasy baseball held by the sports-betting companies DraftKings and/or FanDuel between April 2, 2017, and Oct. 30, 2019. Clifford claimed he and others had losses because of the scandal and wants to recover the damages in addition to the fees and bets paid by the plaintiffs to play in fantasy sports during the games tarnished by the sign-stealing scheme.