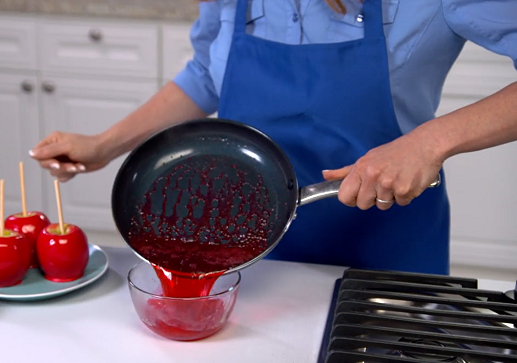 In the 21-page lawsuit filed on Jan. 27 in the U.S. District Court for the Southern District of New York, Elena Lamb explains that she purchased the kitchen tool from Walmart for about $20 last year and used it three times. Lamb claims each instance resulted in food getting stuck and “a difficult and messy clean up” afterwards despite the representations on the product label.

“Despite Defendant’s representations, however, the Pan fails to live up to its most basic and fundamental purpose – to provide users with a nonstick cooking experience,” the complaint says. “Plaintiff purchased the Pan, reasonably expecting it would provide for a nonstick cooking experience. Instead, she was immediately confronted with food that stuck to the Pan, The Pan failed to perform as promised, undermining the very purpose for which it was purchased.”

They are represented by the law firm Glancy Prongay & Murray, LLP, of New York, and Morgan & Morgan Complex Litigation Group, of Tampa, Fla.

Want to get notified whenever we write about Morgan & Morgan Complex Litigation Group ?

Sign-up Next time we write about Morgan & Morgan Complex Litigation Group, we'll email you a link to the story. You may edit your settings or unsubscribe at any time.