Taco Bell, fighting chalupa-price lawsuit: The cost was on the menu 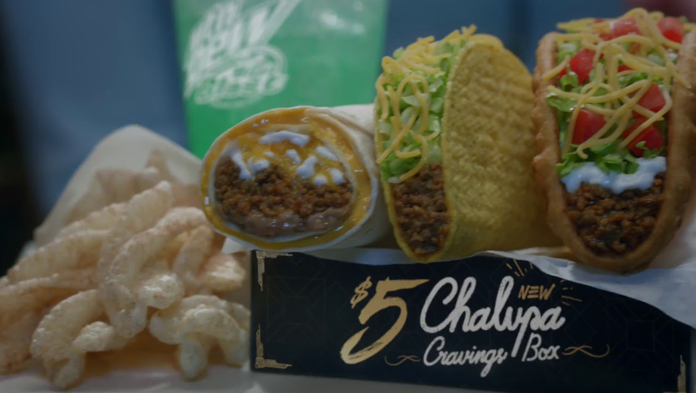 Nelson Estrella-Rosales and Joann Estrella filed a lawsuit Aug. 15 against Taco Bell alleging a commercial that aired in May 2018 for $5 Chalupa Craving Boxes was deceptive, misleading and untrue because they were charged more. The company has responded that the prices were on the store's menu and easy to find, as was the fact that the Taco Bell the two went to was not participating in the deal.

Taco Bell is being represented by Allen Burton of O’Melveny & Myers LLP. The defense maintains a reasonable consumer would have known the pricing for the Chalupa Craving Box for that particular location because there are advertisements at the point of sale and prices for specific locations are also available online.

"Crucially, the 'extensive advertising campaign' alleged in the complaint included in-store advertising for Chalupa Cravings Boxes that clearly and unambiguously disclosed the price for that item at the particular Taco Bell restaurant Plaintiffs allege they visited," Taco Bell's motion to dismiss says.

According to the motion, the plaintiffs allege they were “induced to travel” to a Green Brook Taco Bell after seeing an advertisement for $5 Chalupa Craving Boxes. They spoke to the manager about their total - $12.99 - which included the Cravings Boxes, New Jersey sales tax and a soft taco substitution for each box.

They allege they questioned a manager about the total and were told franchises can set their own prices. The cost for the Chalupa Craving Boxes at that location was $5.99 each.

"Plaintiffs may not draft their complaint to avoid the indisputable facts that undermine their claims. Given these facts, there is no reason for this case to proceed further," the company's lawyers wrote.

The motion is pending in the United States District Court for the District of New Jersey.

Want to get notified whenever we write about U.S. District Court for the District of New Jersey Newark Division ?

Sign-up Next time we write about U.S. District Court for the District of New Jersey Newark Division, we'll email you a link to the story. You may edit your settings or unsubscribe at any time.