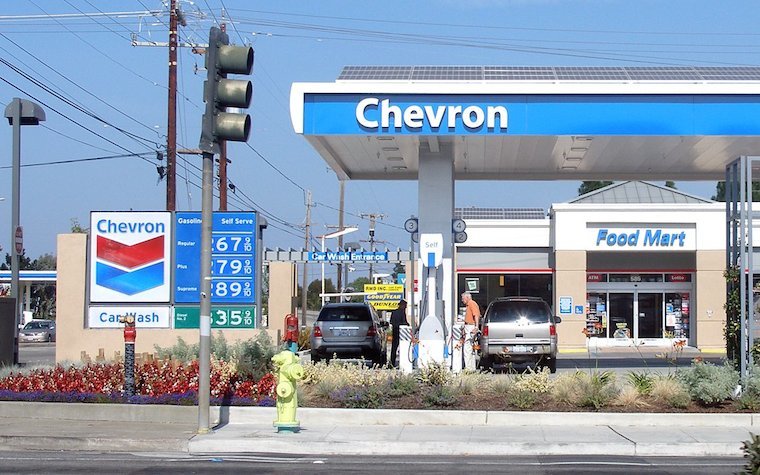 PASADENA, Calif. (Legal Newsline) – The U.S. Court of Appeals for the Ninth Circuit is set on Feb. 5 to hear an appeal by oil companies asking it to overturn a ruling in favor of San Mateo and other California cities and counties that let them pursue their climate change lawsuits in state court.

On the same day, the Ninth Circuit will also hear from the cities of San Francisco and Oakland, who are appealing dismissal of their case against companies like Chevron and Exxon. A judge ruled in their case that it is not the job of the judiciary to impose greenhouse gas policy.

Both cases are potentially groundbreaking.

A central issue is whether climate change and the damage it causes should become an issue in courts, or whether it should remain the purview of government agencies like the Environmental Protection Agency (EPA).

The companies are being sued under public nuisance laws.

Sam Mateo County's case was consolidated with those filed by the counties of Marin, Santa Cruz and the city of Imperial Beach.

In their appeal, attorneys for the oil companies said the consolidated San Mateo County case should be heard in a federal court.

“Although plaintiffs’ claims are based on worldwide conduct of foreign and domestic energy companies that are heavily regulated by the United States and numerous foreign countries, plaintiffs seek to litigate these global climate-change actions in state court as if they were governed by state law,” attorneys for the oil companies claimed.

The oil company attorneys said the District Court errored in granting the plaintiffs’ (San Mateo’s) motion to remand the case to state court.

“Plaintiffs’ sweeping claims raise national and perhaps global questions,” the brief read. “But it (District Court) nevertheless granted the plaintiffs’ motions to remand. That ruling was in error. Global-warming based tort claims are governed by federal common law — not state law — as has been recognized by the Supreme Court.”

On July 17, 2017, San Mateo filed suit in state court against the oil companies for promoting greenhouse emissions they allegedly knew polluted the environment and resulted in a rise of ocean levels damaging California communities. Allegations against the oil companies also included a deliberate concealing from the public the known link between fossil fuels and climate change.

On Aug. 24, 2017, the defendants moved the case to the Northern District of California Court, maintaining the plaintiff’s claims are governed by federal common law and were preempted by the Clean Air Act (CAA), in addition to federal statutes of the U.S. Constitution.

In September of 2017, the cities of San Francisco and Oakland filed similar lawsuits alleging global warming damage against several of the biggest oil company defendants.

The oil companies' argument maintains that global warming is global in scope and so should be heard in federal courts and not localized to a California state court.

On March 16, 2018, Judge Vince Chhabria of the U.S. District Court for the Northern District of California granted the plaintiffs’ motion to remand the case to state court. Chhabria maintained the CAA displaced federal law claims against energy producers, and federal common law did not preclude the plaintiffs from asserting state law claims in the lawsuits.

“The subject matter implicates ‘uniquely federal interests,’ including where the interstate or international nature of the controversy makes it inappropriate for state law to control,” oil company attorneys argued.

Attorneys for San Mateo County and the other plaintiffs argued the defendants are liable for the harms they caused to plaintiffs and residents — including by their production and wrongful promotion of fossil-fuel products that defendants have long known would create greenhouse gas pollution with devastating consequences to coastal communities in California.

“The defendants deliberately concealed that knowledge and misrepresented the effects of their conduct,” the plaintiff’s brief read. “Contrary to defendants’ relentless assertions, the plaintiffs’ causes of action do not seek to reshape the nation’s longstanding environmental, economic, energy, and foreign policies.”

The plaintiff attorneys cited what they said are California’s well-established set of laws for causes of action to deal with injuries to infrastructure and public safety.

“The District Court  granted the plaintiffs’ motion to remand, concluding that none of plaintiffs’ causes of action fall within any of the handful of small boxes that create removal jurisdiction over state law claims,” the brief read.

Plaintiff attorneys maintained their client’s claims did not arise under federal common law for the simple reason that they were pleaded under state law.

“Even if Defendants’ preemption argument were not precluded by the well-pleaded complaint rule, it would still fail,” the brief said. “As the District Court recognized, any federal common law that might have been available to 'govern' plaintiffs’ claims in these cases was displaced by Congress’s enactment of the Clean Air Act (CAA).”

Thus, the plaintiffs' attorneys said, the CAA does not completely preempt the plaintiff’s claims, and well-pleaded state claims do not require proof of any federal law issue as a necessary element.

They also maintained that the CAA clearly intended to preserve traditional state involvement in air pollution through state regulation and tort remedies.

“Even if it were not, defendants themselves have removed the linchpin of their argument by asserting that the federal common law upon which they rely was displaced by the CAA," the brief noted.

The brief stated the CAA was never intended to displace the state law claims of plaintiffs.

“Congress expressly found that air pollution prevention and air pollution control at its sources is the primary responsibilities of states and local governments,” the plaintiffs' attorneys maintained.

They argued that Congress included a provision in the CAA expressly stating that nothing governing air quality and emission limitations could preclude the right of any state to enforce limitations of air pollutants.

“The defendants failed to identify any federal cause of action that would even arguably provide a remedy for the injuries the plaintiffs assert,” the brief said.

A number of climate change lawsuits are currently working their way through the courts with more than a dozen cities and counties suing the oil companies including New York City, Boulder, Colorado, Baltimore, Maryland, the state of Rhode Island and King County (Washington State).

In Oregon last year a three-member panel of the Ninth Circuit ruled 2-1 to dismiss a case involving 21 young plaintiffs ages 8 to 19 who alleged global warming caused by the oil producers had harmed them physically and degraded their quality of life.

The decision was considered a blow to climate activists while critics contended the activists were improperly trying to force climate change abatement through the courts when it is the responsibility of government to do so.

The plaintiffs are hoping to transfer their suits to state courts they consider to be friendlier to their cases.