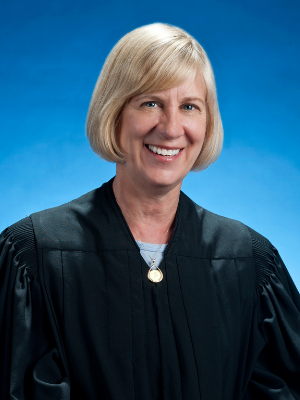 INDIANAPOLIS (Legal Newsline) – A lower court didn’t err when it denied a woman’s motion to exclude expert testimony in her case against a physician whom she said misdiagnosed her and performed unnecessary surgeries.

The Court of Appeals of Indiana on Jan. 21 affirmed a verdict for John Goldenberg, M.D., and Otolaryngology Associates LLC, despite plaintiff Morgen Bosler claiming she was blindsided by the expert witness, Dr. James Stankiewicz, during the trial. She claimed Stankiewicz changed his testimony from deposition and that Goldenberg failed to include the change in discovery.

The judges determined Bosler simply took one of Stankiewicz’s changes out of context. During deposition, he explained why he would have performed surgery on Bosler, and in his trial deposition, he said he would have “planned” to perform a partial ethmoidectomy, but the surgery he would actually do would depend on what he saw, according to the opinion.

“Thus, contrary to Bosler’s assertion on appeal, Dr. Stankiewicz’s testimony in both depositions was that he would have planned on one procedure but that procedure was subject to change based on what he saw,” Najam wrote. “While Dr. Stankiewicz did state in his trial deposition that he was ‘changing’ his opinion on this question, he was clearly mistaken.”

It was also noted that when Stankiewicz underwent his discovery deposition, he hadn’t taken a look at deposition testimony from Bosler’s expert witness, Dr. Robert Youkilis. Stankiewicz testified in his trial deposition that he didn’t “notice” any indication in Youkilis’ records that would show she had empty nose syndrome, according to the opinion. Bosler claimed Stankiewicz’s new testimony failed to give her expert a chance to respond, but the judges disagreed as Stankiewicz was adamant that he already disagreed with Youkilis during discovery.

“We conclude that there was no material change in Dr. Stankiewicz’s testimony that could have affected Bosler’s substantial rights,” Najam wrote.

Bosler was referred to Goldenberg, an ear, nose and throat specialist, after her personal physician, Dr. Robert Evard, diagnosed her with acute sinusitis, but couldn’t figure out how to treat it after her symptoms continued.

Goldenberg suggested a Functional Endoscopic Sinus Surgery (FESS) and performed it on May 1, 2013, with a second surgery on Sept. 6, 2013. Her symptoms persisted after the surgery. She filed a medical malpractice suit on Oct. 30, 2014, claiming that Goldenberg misdiagnosed her with chronic rhinosinusitis, and subsequently performed surgeries she didn’t need.

Amid the trial, Bosler filed a motion to strike Goldenberg’s expert witness, stating that he switched his testimony from his discovery deposition, and that unless her own witness was allowed to review said testimony, Bosler couldn’t properly prepare for trial. She called out Dr. Goldenberg for allegedly violating Indiana Trial Rule 26(E) when he didn’t issue discovery responses to show that his expert changed his testimony. Still, the lower court ruled in favor of Dr. Goldenberg, and Bosler filed the current appeal.

Want to get notified whenever we write about Marion County ?

Sign-up Next time we write about Marion County, we'll email you a link to the story. You may edit your settings or unsubscribe at any time.