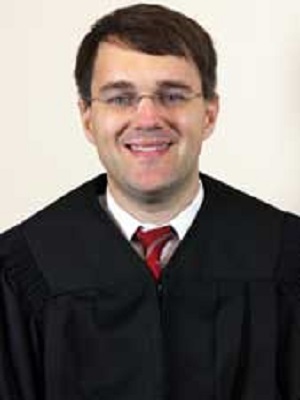 JACKSON, Miss. (Legal Newsline) – A law firm based in Florida and Mississippi cannot enforce an arbitration clause in its employment agreement with a departing attorney, a Mississippi appeals court ruled in overturning a lower court's 2017 judgment otherwise.

In its 15-page opinion issued Dec. 17, a majority on the Mississippi Court of Appeals reversed the Hinds County Court's ruling that ordered an attorney into arbitration with his former firm.

The appeals court majority found that the Florida branch of the firm was barred from maintaining the action because it doesn't hold a certificate of authority to transact business in Mississippi. The court also held that the Mississippi branch of the firm could not enforce its employment agreement's arbitration provision "because it is not a party to the agreement and failed to show that it is a third-party beneficiary of the agreement," the majority opinion said.

"Finally, we vacate the chancery court's order sealing the entire case," the majority opinion continued. "On remand, the court may determine what, if any, specific parts of the record should be redacted or sealed."

"This is a dispute between a law firm and a departing lawyer about the lawyer's rights to contact and continue to represent the firm's clients, as well as the attorneys' fees and expenses related to those clients' cases," the majority opinion said. "More specifically, though, this appeal involves the firm's efforts to compel the departing lawyer to arbitrate the dispute."

Fulgham appealed the chancery court's November 2017 ruling that arbitration provision was valid and enforceable and ordered the parties into arbitration.

Fulgham was a Morgan & Morgan attorney from 2013 until he left the firm in May 2017 and established Fulgham Law Firm PLLC, according to the background portion of the opinion.

As he departed, Fulgham "contacted certain clients that he had previously represented at Morgan & Morgan and offered to continue to represent them at his new firm," the opinion said. "At least some of those clients chose to follow Fulgham to his new firm."

The appeals court found that the chancery court abused its discretion when it sealed the case after conducting no balancing test or any analysis of Morgan & Morgan's request for the seal.

"Yet it is not clear that the court file in this case contains any privileged attorney-client communications or confidential client information," the majority opinion said. "To the extent that it does, specific documents can be redacted or filed under seal as necessary. But the fact that a few specific filings may contain privileged or confidential information does not warrant sealing the entire case from public view."

In his partial dissent, Lawrence said he disagreed with the majority opinion to render judgment on all issues presented in the appeal. Lawrence said in his dissent that he would have found that chancellor "committed reversible error" in failing to conduct a two-pronged, three-question inquiry about the arbitration clause's enforceability.

Lawrence said he also disagreed with the majority opinion that Morgan & Morgan Mississippi can enforce the arbitration agreement as a third-party beneficiary.

"The chancellor never addressed that issue or made findings of fact on that issue, and there is no evidence within his opinion that he applied the correct legal standard on that issue," Lawrence said in his dissent. "As a result, instead of rendering this case as the majority does, I would remand this case and direct the chancellor to conduct the two-pronged, three-question inquiry."

Want to get notified whenever we write about Mississippi Court of Appeals ?

Sign-up Next time we write about Mississippi Court of Appeals, we'll email you a link to the story. You may edit your settings or unsubscribe at any time.