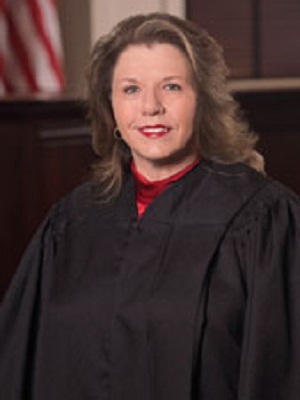 JACKSON, Miss. (Legal Newsline) –  A sharply divided Mississippi appeals court reversed a 2017 damages award against a Bolivar County hospital in the death of a renal patient, agreeing with the hospital that a plaintiff expert's testimony had been speculative.

"Finding the expert testimony was insufficient to support the verdict, we reverse and render the judgment," the Mississippi Court of Appeals said in its 13-page opinion issued Dec. 17 in the appeal by Cleveland Medical Clinic (CMC).

CMC had appealed the judgment for damages handed down by a Bolivar County Circuit Court jury in September 2017 and the circuit court judge's reduction of those damages in the Jan. 9, 2008, death of 56-year-old Gene Autrey Easley.

In its appeal, CMC raised issues about the admissibility of a plaintiff's expert witness testimony.

On the day he died, more than a week after his admission to CMC, Easley was an end-stage renal failure and dialysis patient, according to the background portion of the opinion. Easley had been admitted to the medical center late the previous month with symptoms that included shortness of breath, malaise and weakness. Easley had been scheduled to be released the morning of his death but his condition suddenly worsened and, following treatment that included resuscitation following respiratory arrest, Easley died at 8:08 p.m.

The cause of death was respiratory failure secondary to a gastrointestinal bleeding ulcer and end-stage renal disease.

In March 2010, the executor of Easley's estate, Jessie Easley, filed a wrongful death complaint in Bolivar County Circuit Court against the hospital, a renal care group, and a physician, alleging negligence.

During the three-day jury trial in September 2017, a plaintiff's expert witness testified that physicians should have admitted Gene Autry Easley into intensive care sooner and consulted with an endoscopic doctor to find the actively bleeding ulcer. On cross-examination, the expert conceded that Gene Autry Easley had appropriately been referred to a surgeon when he arrived at the hospital and that his blood counts on the morning of his death had improved since his admission more than a week earlier.

The hospital moved for a directed verdict and renewed its motion to exclude the expert's testimony, both of which were denied by the court.

The following February, the circuit court denied a motion for judgment notwithstanding the verdict or new trial and granted a remittitur to $500,000, based on applicable Mississippi law.

The hospital appealed, arguing in part that the plaintiff's expert witness' testimony had been speculative and insufficient to support the jury's verdict.

The appeals court agreed with the hospital that the plaintiff's expert witness failed to establish negligence as a proximate cause of death and that the circuit court was wrong when it denied the hospital's motion for judgment notwithstanding the verdict or new trial.

"Having reviewed the expert testimony in this case, we find that the evidence was not sufficient to establish causation and that the circuit court erred in denying the motion for a judgment notwithstanding the verdict," the opinion said.

In her dissent, McDonald referred to a Mississippi Supreme Court decision last year that plaintiffs are not required to "prove causation with certainty," but that the majority appeals court opinion nonetheless held that the Easley expert witness failed to establish negligence as the cause of death.

The circuit court jury in the Easley negligence case "had ample evidence to conclude" that the treating physicians had "proximately caused or contributed to" Easley's death, McDonald's dissent said.

"It is obvious to doctors and lay persons alike that if a massive GI bleed is not repaired, a patient will die," McDonald's dissent said. "In my opinion, a reasonable juror could find, as did this jury, that the failure to assess Gene’s GI bleed for over four hours proximately caused or contributed to his death."

Want to get notified whenever we write about Mississippi Court of Appeals ?

Sign-up Next time we write about Mississippi Court of Appeals, we'll email you a link to the story. You may edit your settings or unsubscribe at any time.