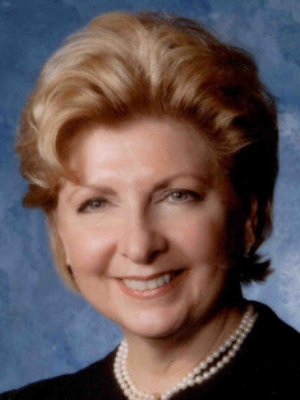 PHILADELPHIA (Legal Newsline) - A Philadelphia federal judge won't issue sanctions in a dispute between a pharmaceutical company and the Connecticut Attorney General's Office.

Judge Cynthia Rufe ruled on Heritage Pharmaceuticals' gripe with AG William Tong on Jan. 9 after the company took issue with certain emails being included in the state's complaint in an antitrust case over the pricing of generic drugs.

Heritage Pharmaceuticals, Inc. said the Connecticut AG infringed on a protective order when it comes to privileged email that was included in the initial complaint. The email was filed in a multidistrict litigation proceeding and was later publicized. A sealed document was also possibly issued to the press.

Heritage asked the court to order the Connecticut AG to follow the protective order, or let Heritage strike the amended complaint, and also requested sanctions.

Connecticut's complaint included an email chain produced by Heritage to the State as it conducted its pre-complaint investigation. The chain is between Heritage's then-outside counsel and its then-CEO, Jeffrey Glazer. The final move in the chain was to have the chain relayed to other parties.

When it comes to attorney-client and common-interest privilege, Rufe ruled, “The record does not show that Heritage, Mylan and Teva (the companies referenced in the final email) shared a sufficiently common legal interest in responding to the congressional inquiries, and the communications extended beyond individual companies to an industry trade association (the GPhA), as stated in the final email. The court therefore concludes that the final email is not privileged.”

Still, the remaining emails don’t include this type of back-and-forth so they could be viewed as simply asking for legal advice.

The court also said it wouldn’t impose sanctions unless either side oversteps the court’s authority concerning the sealed documents.

The email in question was sent on Oct. 3, 2014. It was between Heritage’s outside counsel and the company’s CEO at the time, Jeffrey Glazer. The body of the email kicks off with a forwarded letter sent from Congress to Heritage. An attorney in the final email provides details from a colleague that was representing another company concerning responses of several companies in the pharmaceutical industry.

Heritage’s lawyer at the time gave the email to the Connecticut AG in the summer of 2017 amid the state investigation. A picture of the email was in the sealed and unredacted version of the plaintiffs’ lawsuit.

"The Court will not impose sanctions against either party at this time," Rufe wrote. "The stakes in this MDL are very high for all parties, and the public interest is great.

"There is no evidence whatsoever that the Connecticut AG has acted unethically or contravened this Court’s orders.  The Court will assume that the intemperate language employed by Heritage reflects those high stakes but cautions all counsel not to let zeal run ahead of facts."