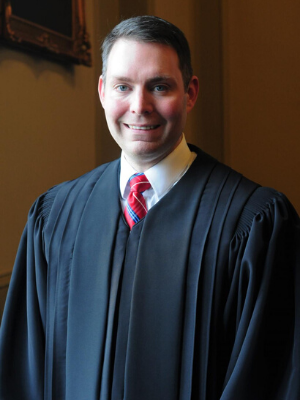 RALEIGH, N.C. (Legal Newsline) – Due to a genuine issue of material fact, a real estate developer could not escape a lawsuit filed by the family of a 5-year-old who was struck and killed outside of his home by a runaway loaded dump truck from a nearby construction site.

The Court of Appeals of North Carolina reversed the ruling in favor of defendants Award of Homes of N.C. Inc., Crescent Communities LLC and Crescent Hillsborough LLC and remanded for further proceedings on Jan. 7

“They have forecast evidence that this development occurred on unusually steep, hilly terrain; that the construction would involve heavy equipment and materials; that there were foreseeable risks of roll-aways during construction; and that a reasonable prudent developer would take steps to sequence construction or grade the area in advance to avoid foreseeable harm caused by the construction of accidents,” wrote Judge Richard Dietz.

Because of these factors, Dietz ruled a genuine issue of material fact is present.

At the same time, the judges disagreed with the plaintiffs that the defendants had a responsibility to monitor the site. There’s no evidence that Crescent continued with any responsibilities or at the very least had any control when it came to the builder’s choices in evaluating performances.

As for the plaintiffs’ theory that the defendants had the responsibility to arrange construction or perform mass grading, the judges agreed. They pointed out that the plaintiffs provided expert testimony that there are dangers connected to roll-away equipment on bumpy construction areas. The perils that roll-away vehicles are connected to is also acknowledged around the industry, according to the experts, who added that a logical developer would take on a safety evaluation or perform mass grading to prevent any injuries from roll-away accidents.

“If all of these things are true, it would be sufficient to impose a duty of care,” wrote Dietz.

Since there was a genuine issue of material fact, the court reversed summary judgment for the defendants.

Everett Copeland died in 2016 after the dump truck was left unattended, overloaded and with its engine running at a home construction site. The ruling states wheel chocks were not used.