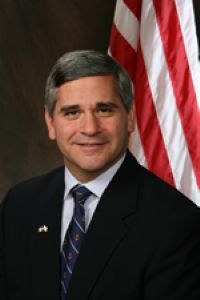 PROVIDENCE, R.I. (Legal Newsline) – A federal appeals court has received a clutch of amicus briefs supporting Rhode Island's belief that its climate change lawsuit against 21 energy companies should be heard in state court - even though the State might have to figure out how to get around state Supreme Court precedent once it gets there.

State courts often have been venues for controversies and crises with national implication and those cases have not landed in federal court, according to the amicus brief filed Jan. 2 by 13 state attorneys general.

"The enforcement of state law in state courts often implicates national or even international interests, but that fact alone has never supplied a sufficient basis for overriding a state's choice to remedy state-law violations in its own courts," that amicus brief said.

In their 38-page amicus brief, the attorneys general asked the U.S. Court of Appeals for the First Circuit to affirm an earlier order by U.S. District Court for the District of Rhode Island Judge William E. Smith to remand the case back to Providence Superior Court. That amicus brief was signed by attorneys general from Massachusetts, California, Connecticut, Delaware, Hawaii, Maine, Maryland, Minnesota, New Jersey, New York, Oregon, Vermont and Washington.

The brief was one of nine filed so far with the appeals court since the energy companies filed their own brief in November seeking reversal of Smith's order. Almost all of those amicus briefs ask the appeals court to leave the case in the state court.

Smith's opinion and order was handed down shortly after a similar case in Maryland was remanded back to state court. When federal courts decide they have jurisdiction over these cases, plaintiffs are 0 for 3.

Rhode Island's case also was filed more than a decade after high-profile litigation over lead paint. The state's highest court ultimately rejected application of the state's public nuisance statutes, which are also being used by Rhode Island in the climate change case.

Other briefs filed since the first of the year include those by the Center for Climate Integrity, the Union of Concerned Scientists and individual climate change scientists, and a separate amicus brief filed by the Natural Resources Defense Council.

An amicus brief filed Jan. 7 by the National League of Cities, U.S. Conference of Mayors and the International Municipal Lawyers Association, also supported Rhode Island's position that the case should remain remanded to state court.

Similar amicus briefs were filed in late December, including one by Public Citizen filed on the last day of 2019.

The first amicus brief filed in the appeal did not support Rhode Island's position. In its brief filed Nov. 27, the U.S. Chamber of Commerce agreed with the defendant energy companies, saying that federal jurisdiction is provided for in federal common law and asked the appeals court to review Smith's remand order. Legal Newsline is owned by the U.S. Chamber Institute for Legal Reform.

The defendant companies have said that Smith was wrong to remand the case, arguing that much of the Rhode Island's case involves interstate pollution, which places it in the realm of federal court.

U.S. District Court for the District of Rhode Island • U.S. Court of Appeals for the First Circuit