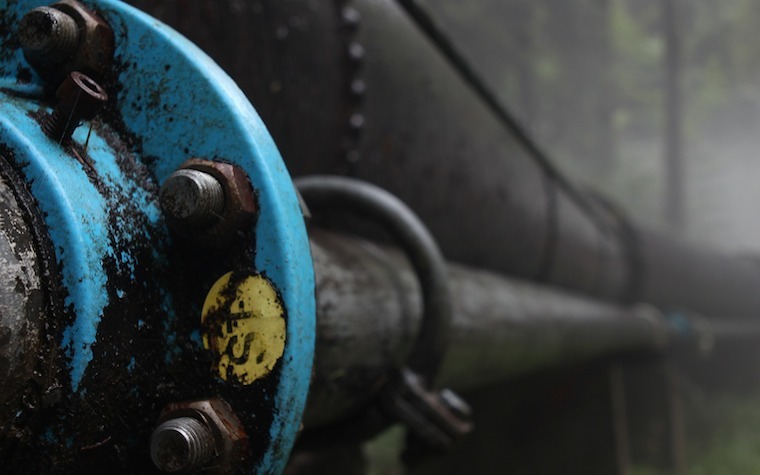 RICHMOND, Va. (Legal Newsline) - A state agency must consider in much more detail the siting and type of compressor station that should be constructed along a gas pipeline before giving approval, an appeals court has ruled.

The U.S. Fourth Circuit Court of Appeals this week ruled in favor of environmental groups that oppose the construction of the station in Virginia, one of three along the route of the 600 mile Atlantic Coast Pipeline from West Virginia to North Carolina.

Virginia's State Air Pollution Control Board failed to properly take into account the potential hazards to the health of the nearby residents of the largely African American Union Hill community in Buckingham County, the court ruled.

Further, the board failed to properly consider best available technology, in this case electric as an alternative to the planned gas-fired turbines.

Developers of the pipeline have argued that natural gas is clean burning and will bring lower energy costs to consumers in New England and Mid Atlantic states who pay higher rates than other parts of the continental U.S., as well as solve chronic natural gas shortages in some states.

The pipeline would also lead to the creation of thousands of new construction jobs and have an economic impact of $2.7 billion, they say.

In a statement following the decision, Atlantic Coast Pipeline said it will begin working with the state to resolve the procedural issues identified in the court's opinion.

"We are confident the additional analysis required by the Court can be completed in a timely manner," the statement reads. "We expect the project will still deliver significant volumes to customers under our existing timeline, even as we work to resolve this permit.

"The Atlantic Coast Pipeline is needed now more than ever for our economy and to accelerate our path to a low-carbon future. New infrastructure will solve the chronic shortages of natural gas in Hampton Roads and eastern North Carolina and allow these communities to revitalize their manufacturing economy. It will also provide the reliable natural gas we need to support the rapid expansion of renewables across Virginia and North Carolina. This project is all about growing the economy and moving toward clean energy, and we remain totally committed to its completion."

Petitioners Friends of Buckingham and Chesapeake appealed against the state's Air Pollution Control Board, and also named its chair, Richard Langford, the Virginia Department of Environmental Quality (DEQ)and director David Paylor, as defendants.

In a published opinion authored by Judge Stephanie Thacker, with Chief Judge Roger Gregory and Judge James Wynn joining, the court granted the petition for review, vacated and remanded the issue back to the control board.

Along with claims those deciding on the isue did not consider electric turbines and the health of the community, the board failed to evaluate the suitability of the site, the petitioners claimed.

The appeals court considered both federal and state law surrounding the construction of such a facility, including that under Virginia statute both major and minor builds are subject to the best available control technology [BACT].

Regulators first opened the comment period on the construction in August and held a number of meetings prior to making its decision Jan. 8, 2019.

The DEQ concluded that “[r]egardless of the demographics of the area surrounding the compressor station, [it] will not cause a disproportionate adverse impact to the community.”  The board signed off on the construction.

"But environmental justice is not merely a box to be checked, and the Board’s failure to consider the disproportionate impact on those closest to the Compressor Station resulted in a flawed analysis," Thacker wrote.

The court noted that experts gave testimony that air pollutants, PM2.5, from a gas fired compressor are among the deadliest "due to its ability to 'lodge deep in the lungs' and 'pass easily into the blood stream'."

"For these reasons, we conclude that the Board failed in its statutory duty to determine the character and degree of injury to the health of the Union Hill residents, and the suitability of the activity to the area," Thacker stated.

Want to get notified whenever we write about Virginia Oil and Gas Association ?

Sign-up Next time we write about Virginia Oil and Gas Association, we'll email you a link to the story. You may edit your settings or unsubscribe at any time.