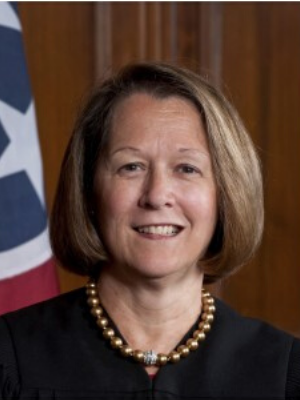 NASHVILLE, Tenn. (Legal Newsline) – The fair report privilege does not apply to a one-on-one conversation between a detective and reporter, the Supreme Court of Tennessee ruled in a case against a newspaper over allegations of defamation.

The Supreme Court of Tennessee determined on Oct. 3, 2019, according to the decision filed Dec. 5, that the privilege “applies only to public proceedings or official actions of government that have been made public and does not apply to the nonpublic, one-on-one conversation at issue here,” wrote Justice Cornelia A. Clark.

Jeffrey Todd A. Burke sued Sparta Newspapers, the publisher for The Expositor, which published information about him that he alleges was incorrect and defamatory. Sparta Newspapers said the information came from a detective in a conversation with one of its reporters and argued that their conversation is protected via fair report privilege, but the Supreme Court disagreed.

It noted that the private conversation between the detective and the reporter wasn’t open to the public and it didn’t address any public issues, which is what the fair report privilege covers. Including this conversation in the statute would take away from its foundation, Clark wrote.

"It is worth emphasizing, however, that our holding here does not resolve the question of whether a press conference or a press release constitutes a public proceeding or an official action of government that has been made public," Clark wrote, noting that no press release was issued on the matter in question.

The Expositor, a newspaper that publishes in White County, published an article written by Pamela Claytor about Burke’s indictment and arrest. The article stated that Burke, who was the liaison between a local youth football league and a cookie dough fundraising company, was alleged to have misappropriated $16,000 in cookie dough orders and not using the money for the league. He allegedly never delivered the cookie dough or gave the money to the fundraising company.

The article also said he previously had been indicted in Smith County on allegations he stole $11,000 from a youth football league just months before.

The ruling states Burke’s lawyer said the details of the article concerning the White County football team were incorrect, but the paper's editor said the information was received from Detective Chris Isom. The editor added that it wouldn’t retract any of the details unless Isom suggested. The detective said there was only one error, that the amount in question was $11,000 not $16,000, so that’s the only part that the newspaper changed. Burke’s lawyer insisted the editor contact the youth football league, maintaining that Burke never stole any money.

Burke then sued The Expositor’s publisher, Sparta Newspapers, in January 2015, stating that it printed false information about him. He said the alleged defamation against him caused him to lose his job and suffer reputational and vocational damage. His suit states that the cookie dough was eventually delivered to the youth football league more than two months before the issue was presented to a jury.