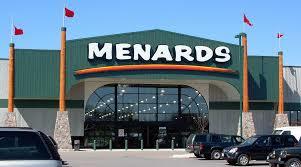 DETROIT (Legal Newsline) – The Michigan Court of Appeals on Nov. 26 reversed a lower court ruling, saying a store was not to blame for an accident when shelved tiles fell on a woman’s foot because prior knowledge of a dangerous situation was unknown to store employees.

The opinion states that plaintiff Kelly Valdes went to a Menards home improvement store with her husband and relatives to look at some stick linoleum tile flooring on Jan. 15, 2017. She alleges she grabbed one of the loose individual samples of tile positioned on a shelf at eye level and another box of tiles weighing 40 pounds fell off a shelf onto her foot, causing injuries.

She alleged she did not know what caused the box to fall, did nothing to cause it to fall, and testified she believed the tiles were shelved improperly because the shelves did not have a lip to keep boxes from falling off.

Store employees testified nothing seemed amiss or out of order in the shelving just prior to the accident occurring.

Valdes sued over allegations the store had failed to exercise ordinary care in maintaining its premises.

Attorneys for the store filed a motion for summary disposition of the suit, arguing that the plaintiff had failed to prove there was a hazardous condition or that store employees knew there was a hazard prior to the accident.

The appeals court found that there was no evidence to demonstrate the defendants had prior notice of a hazardous condition.

There was also no evidence any persons other than Valdes and her family had been in the aisle where the accident took place after the time a store employee checked the site to make sure tiles boxes were flush with the shelves.

Valdes argued that a 40-pound box of tiles does not fall absent of negligence, but the appeals court said that doctrine called res ipsa loquitur did not apply because there was no genuine issue of material fact that the box was not within the defendant's exclusive control.

“Merchandise set on display in a retail store is subject to being handled by customers in the store, which in this case included plaintiff and her family,” the opinion said. "The fact that plaintiff and her family testified that they did not touch the boxes of tiles does not affect the conclusion that these boxes were not exclusively in defendant’s control."