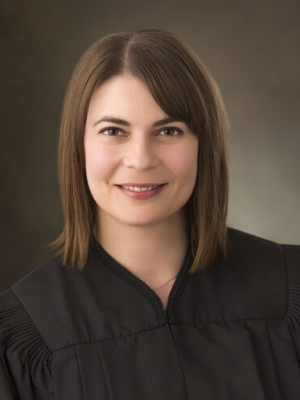 SALT LAKE CITY (Legal Newsline) – The Utah Supreme Court opted out of answering if a university's police department must hand over records requested by a newspaper before the state's Government Records Access and Management Act (GRAMA) went into effect last year.

On Dec. 4, the Supreme Court remanded The Salt Lake Tribune and reporter Matthew Piper’s case against the State Records Committee and Brigham Young University back to a lower court.

"The administration and interests of justice are not served by analyzing whether the University Police was a 'governmental entity' under the now-obsolete 2016 version of GRAMA," Justice Paige Petersen wrote. "Now that the University Police’s status as a 'governmental entity' under GRAMA is beyond dispute, the parties might resolve the contested request without further litigation. And if there is further litigation, it would not center on the question presented here but on other currently undeveloped issues that we would be better-positioned to resolve on direct appeal."

Legislators changed the GRAMA in 2019 to clearly include university police as a “governmental entity.” The Tribune previously said that it issued a new request after the amendment.

“Answering the question presented will not have any precedential value for future cases, and it is not clear that doing so will materially affect the final decision in the case or the ultimate determination of whether the Tribune gets the documents it seeks here,” Petersen wrote.

In 2016, the Tribune started looking into allegations that BYU was inappropriately handling sexual abuse claims. The BYU Police Department was facing allegations it was helping the university’s Honor Code office punish students who reported sexual abuse.

The Tribune also said the amended regulation settles any issue, and that it calls for the university police to turn over the documents under GRAMA that it has “prepared, owned, received or retained,” the opinion states.

“There is no question that after the effective date of these amendments, the University Police is subject to GRAMA," Petersen wrote. "Accordingly, any decision we rendered here would have no precedential value for future cases.”

Piper issued a GRAMA request to the BYU police in 2016, specifically asking for police records that date back to 2011 and cite the “honor code” as well as GRAMA responses from the campus police to the school’s Honor Code Office or the Title IX Office beginning in 2011. Piper also requested emails email exchanges between the school police and six email addresses.

The police department submitted reports for Piper’s first two requests but declined to do so for the request regarding the emails, stating that there were no “law enforcement/public safety records related email” “[w]ithin the scope of [Tribune’s] GRAMA request,” according to the opinion.

The newspaper challenged the appeal with the Utah State Records Committee, which determined that the school police isn’t a governmental entity, so it’s not subject to GRAMA. The Tribune filed a petition with the district for judicial review. The Tribune and BYU but filed motions for summary judgment.

The lower court ruled that the school police is a governmental entity via GRAMA and granted Tribune’s motion and denied BYU’s amid its new requests. The BYU then appealed, bringing the case to the Supreme Court.

Want to get notified whenever we write about Utah Supreme Court ?

Sign-up Next time we write about Utah Supreme Court, we'll email you a link to the story. You may edit your settings or unsubscribe at any time.