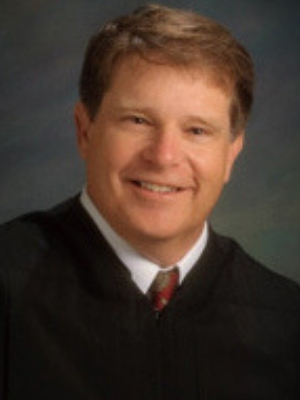 WILMINGTON, Del. (Legal Newsline) – Two businesses that once united to form demolition company NorthStar ended up suing one another over allegations of fraud, but neither got a full win in court.

Vice Chancellor Sam Glasscock III of the Court of Chancery of the State of Delaware weighed in on the case on Dec. 31.

LVI Group Investments LLC and NCM Group Holdings LLC were the entities that joined to form NorthStar before they accused one another of fraud amid a business model that included the demolition company profiting from each contract when it removed and sold valuable scrap.

LVI sued NCM, Subhas Khara, Evergreen Pacific Partners (EPP), which held most of NCM’s equity, and three individuals in the lawsuit over allegations of fraud. NCM in turn sued LVI and its parent company.

LVI filed a motion for summary judgment on NCM’s claims of fraud and fraudulent inducement. The only project where the summary judgement was granted was for Alcoa. Summary judgment for the other projects (Holly Street, HECO, Foothill, Newark and Lafayette) were denied.

In the Alcoa project, LVI was contracted for a demolition project in Alcoa’s Frederick, Maryland, location. LVI accused Alcoa of infringing on its contract and that it was owed change orders. LVI sued and subsequently displayed the project as a profitable one on its financial statements. But an internal evaluation into settlement agreements with Alcoa show that there was actually a loss. NCM said this inconsistency is “an intentional inflation of earnings that amounts to fraud,” according to the opinion.

LVI was granted summary judgment for this project as there was no proof of an inappropriate boost of gross profits or contract value. There was also no evidence that listing the lawsuit as revenue on the financial statements is illegal.

Still, EPP was granted summary judgment on the fraud and fraudulent inducement allegations as LVI didn’t fulfill its burden to prove that EPP made a false representation.

But Glasscock denied summary judgment for the rest of the claims against EPP – conspiracy to commit or aiding and abetting fraud and fraudulent inducement.

“Because EPP held most of NCM’s equity, had the opportunity to direct the accounting at a high level and in a suspect manner, and had the motive to inflate financials to increase NCM’s state in the merger, I find the evidence sufficient at this stage to reasonably infer an agreement between EPP and NCM regarding the alleged fraud,” Glasscock wrote.

Glasscock also ruled that EPP is owned summary judgment on the unjust enrichment claim, stating that there was no proof to show that the enrichment was actually unjustified.

“Viewing the evidence in the light most favorable to LVI, as I must at this stage, I can reasonably conclude that misrepresented financial statements caused, to some degree, NorthStar’s losses,” Glasscock wrote.

He went on to deny LVI Parent’s motion for summary judgment on NCM’s fraud and fraudulent inducement claims, stating that this issue would best be ironed out at trial.