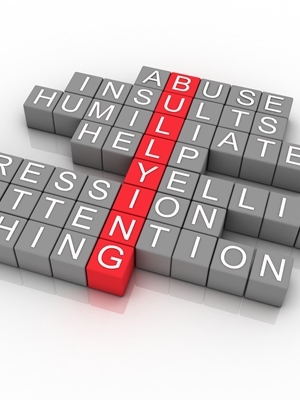 "In light of our analysis, plaintiff has not demonstrated a 'miscarriage of justice' to warrant a new trial," the decision said. "There was no abuse of discretion in the trial judge's evidentiary rulings or her treatment of the jury questions. The sole error in the jury charge was harmless as the jury was provided with the applicable law tailored to the facts of the case."

The decision is unpublished, which means it is not to be cited or used as precedent in future cases.

The case was filed on behalf of a minor, C.H., by her parent and guardian D.H., against Burlington County Institute of Technology (BCIT), over allegations C.H. had suffered gender discrimination, according to the background portion of the decision. C.H. and D.H. alleged BCIT violated the New Jersey Law Against Discrimination and that BCIT "failed to take effective steps to remediate the harassment," the decision said.

C.H. claimed she had been harassed via social media during her sophomore year at BCIT.

The alleged harassment was referred to a BCIT harassment, intimidation and bullying specialist and a student assistant counselor, who began an investigation in October 2014 and concluded C.H. was being harassed. The alleged harasser was given a one-day, in-school suspension and she and C.H. were told not to have any contact with each other.

Altercations between the alleged harasser, her friends, other female students and C.H. continued, mostly in social media, and C.H. felt unsafe enough in early 2015 that she began home instruction while the harasser and other students received suspension.

C.H. received counseling and treatment for anxiety and depression but was able to stop the treatment after graduating from BCIT.

C.H. and D.H. appealed after a New Jersey Superior Court jury found they had not proven C.H. had suffered gender-based harassment and judgment was entered in favor of BCIT.

The appeal alleged, among other things, that the jury charge had been contradictory and that "merely rereading the charge confused the jury," the decision said.

The appeals court panel found that the trial judge active properly in permitting evidence regarding the relationship C.H. and her alleged harassers, to which defense counsel could refer during summation.

"The comments were used to show that plaintiff was not being harassed because of her gender, but because of a love triangle between three high school students and the actions that ultimately led to the conduct," the decision said.

The appeals court also found that the trial judge's charge to the jury did contain an error but that it was minor.

"We discern no error in the trial judge's treatment of the jury's questions during deliberations," the decision said.