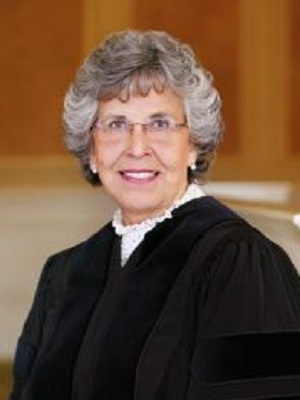 LITTLE ROCK, Ark. (Legal Newsline) – A group of online travel companies, including Hotels.com and Travelocity.com, recently lost its appeal before the Arkansas Supreme Court because the class action against it led by the city of North Little Rock and an ad agency isn't yet final.

The travel companies had appealed a lower court's order that denied their motion for summary judgment and granted the motion members of the class, which also includes Pine Bluff Advertising and Promotion and Jefferson County, Arkansas, for partial summary judgment.

"We dismiss the appeal for lack of a final order," the state Supreme Court said in its decision issued Dec. 12.

Supreme Court Justice Rhonda K. Wood wrote the opinion, in which all justices except one concurred. Dissenting was Justice Josephine L. Hart.

Members of the class filed their initial lawsuit against the online travel companies alleging those companies failed to collect, or did collect but failed to remit, full amount of gross-receipts taxes that the governmental entities impose on hotel and motel accommodations.

The lower court subsequently concluded that the online travel companies are liable for the taxes on the full gross receipts received from customers, according to the background portion of the Supreme Court's decision.

"The order further states that appellees may 'petition for additional relief permissible under the law relating to past taxes owed, supplemental relief, or otherwise,'" the opinion said. "It also indicates that the court will then determine whether such supplemental relief is justified, providing, 'If the court rules that supplemental relief shall be granted the online travel companies have 30 days to provide all transaction data for the named class members."

The lower court also ruled that the preliminary order would not be final "and will be held open consistent with and to allow for further development of these proceedings consistent with the steps outlined above. This court accordingly retains jurisdiction to determine any and all further and supplemental relief appropriate."

The order will not be final until "fewer than all the claims or the rights and liabilities of fewer than all the parties" has been adjudicated, unless the Circuit Court enters into a court rule that would allow for the order to become final, which it hasn't done.

"Here, the Circuit Court specifically stated that its order is preliminary and that it was retaining jurisdiction to develop and determine the appropriate relief, and it did not enter a Rule 54(b) certification," the majority opinion said. "Therefore, this is not a final order and we dismiss the appeal."

In her dissent, Hart said that the majority opinion is correct in reference to the court rule "and contemplates future litigation for calculation of damages," but that "generally speaking, this does not qualify as a final, appealable order."

"However, halting the analysis there ignores the history of this matter and amounts to an unjust result," Hart continued in her dissent. "The doctrine against inconsistent positions should hold the appellees to their original pleadings in this matter, which did not contain a request for damages."

The lower court's decision granting declaratory relief to class members "amounts to a final order that should be reviewed now," Hart said in her dissent.