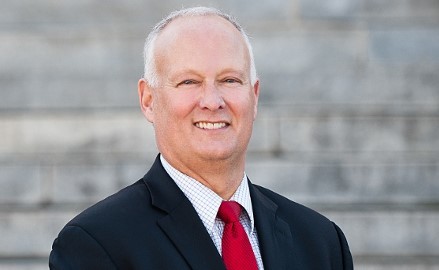 Speaking at an economic conference in Brussels earlier this month, the Republican AG said the multiple antitrust investigations of the leading global Internet search and social media companies “reminds me of WWII.”

“The allied nations spoke to each other about strategy,” said Peterson, who sat on a panel titled “Drums Beating From the Hills: The Global Rise Against `Big Tech’” at the Charles River Associates conference on Dec. 10. “In the same way we need to speak together.”

Peterson, through his spokesperson, declined to elaborate on his comments in Brussels. The fact he journeyed to Europe to talk about coordination with European Union investigations illustrates how antitrust enforcement against the tech industry has become an international endeavor, and one that increasingly seems to be departing from the traditional U.S. focus strictly on whether consumers are hurt by higher prices or a lower selection of goods.

Some antitrust enforcers and academic experts take a broader view of monopoly power, including the idea that companies like Google and Facebook, with their so-called “natural monopolies” over segments of the tech business, can violate antitrust laws by exploiting their control over consumers’ private information to illegally extract value from them.

This view was summed up by Makim Delrahim, head of the Justice Dept.’s antitrust division, who told the New York Times recently that digital data can give companies market power, “and its abuse would be a violation of antitrust law.”

Peterson prides himself on his office’s aggressive antitrust enforcement efforts, despite its relatively tiny four-lawyer antitrust staff. He joined 39 other state AGs in an antitrust lawsiiot against Teva Pharmaceuticals and has signed on to a 50-state AG antitrust investigation of Google. "When 50 attorneys general come together, 50 attorneys general send a strong message," he said in an announcement of that probe.

According to a person who attended the Brussels conference, Peterson said state AGs can’t separate themselves from the U.S. Justice Dept. or international regulators because their actions can affect the states. By communicating with their counterparts they can accelerate discovery, or evidence gathering, and arrive more quickly at a conclusion about whether anticompetitive behavior is occurring.

“In a lot of ways this is a `medical process,’” he was reported as saying. “You have the examination and diagnosis before you develop a treatment plan.”

The Google investigation is especially difficult to manage because of the diverse political backgrounds of the 50 state AGs, he reportedly said. With such a diverse group, he said, “you have to keep the cats herded well to be effective.”

In a typical antitrust case, he continued, the state AG would only get involved at the end of the case to engage in settlement discussions. With Facebook and Google, however, he said AGs have been involved from the beginning. “This should send a message,” he reportedly said. Throw in the involvement of the Justice Dept. and the Federal Trade Commission, he said, and “this is the perfect storm.”

Want to get notified whenever we write about Google, Inc. ?

Sign-up Next time we write about Google, Inc., we'll email you a link to the story. You may edit your settings or unsubscribe at any time.