Lawsuit: A federal agency answers to no one and can harass business owners into bankruptcy 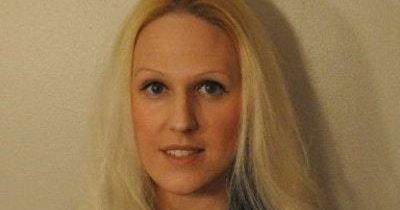 NEW YORK (Legal Newsline) - A New Jersey lawyer who operates a debt-collection service has sued the Consumer Financial Protection Bureau, saying the agency is unconstitutional and has harassed her firm and its clients by seeking privileged communications.

The Law Offices of Crystal Moroney filed the lawsuit in federal court in New York after spending several years and tens of thousands of dollars fighting the agency over demands it turn over records including details of its relationships with clients. The CFPB asked the court in February to force Moroney to turn over the records, then dropped its request when she contested it, only to file a substantially similar demand hours after the court dismissed the first request as moot, Moroney says.

“The whole point of this is to never really go to a judge -- they can bankrupt Crystal” with their repeated demands, said Michael P. DeGrandis, senior litigation counsel with the New Civil Liberties Alliance, which is representing Moroney. “As long as the CFPB can drag this out, it gives them a much better chance of getting what they want.”

Moroney’s lawsuit is the latest example of persistent complaints that the CFPB violates the U.S. Constitution because it is unaccountable to either the President or Congress. The brainchild of U.S. Sen. Elizabeth Warren, it operates under a single director who cannot be removed by the President except for cause and draws its funding from the Federal Reserve instead of through Congressional appropriations.

The constitutionality of the CFPB will be tested before the U.S. Supreme Court next March, when it hears Seila Law v. CFPB, a direct challenge to the agency's structure. That case could also determine the outcome for dueling lower-court rulings over the legality of the CFPB, including a New York federal judge’s decision declaring the single-director structure unconstitutional.

That decision is before the Second Circuit Court of Appeals, which has postponed arguments until after the Supreme Court rules in Seila Law.

The NCLA sees Moroney’s case as a good candidate for challenging the other argument against the CFPB’s constitutionality, which is how it is funded. In an effort to shield the agency from political influence, Congress specified the CFPB can draw up to 12% of the Fed’s operating expenses for its own operations, without any oversight from the Fed’s Board of Governors.

Conservative and libertarian organizations including NCLA say the CFPB violates the nondelegation doctrine, a broad term referring to the belief that the elective branches of government cannot delegate fundamental decisions such as funding or enforcement of the laws to an unaccountable agency. That doctrine has long been held in low regard by most mainstream legal scholars but gained new life recently after Justice Brett Kavanaugh wrote in praise of fellow Justice Neil Gorsuch’s dissent in another case rejecting the nondelegation doctrine.

Moroney’s case illustrates the risks of giving too much power to agencies that aren’t accountable to elected officials, DeGrandis said. The CFPB first served her with a civil investigative demand in 2017. Creditors hire Moroney to collect long-overdue bills, but if she can’t convince debtors to pay anything she returns them to the creditors for legal action, DeGrandis said.

The CFPB declined to comment on this case and it has never explained exactly why it was investigating Moroney, DeGrandis said. She largely complied with the agency’s request for thousands of documents about her bill-collecting activities but refused to turn over what she considered privileged information about her clients.

When the agency persisted, she hired a New Jersey legal ethics expert who advised her not to comply, DeGrandis said. She asked her clients if they were willing to waive the privilege, as is their sole right, but they refused, he said.

The CFPB quietly filed a request with the court to enforce its CID in February, saying it was seeking information relevant to a legitimate investigation. Moroney says she only learned about it in September. After she contested it in court and threatened to challenge the constitutionality of the CFPB, the agency withdrew its request,only to file a substantially similar one hours after the court dismissed the first request as moot.

“Why is the CFPB behaving this way?” DeGrandis said. “It’s not hard to understand how we get to that level of abuse of process when there’s absolutely no accountability whatever.”

Moroney operates in a heavily regulated business subject to the Fair Debt Collection Act, which sets strict rules about how to contact borrowers and how to interact with credit reporting agencies. The New Jersey Better Business Bureau rates her business an “A-,“ although federal court records show she has been sued by several debtors over the past decade or so.

Moroney still has no idea if the CFPB is pursuing her because of complaints or some other issue, DeGrandis said. When it couldn’t persuade her to turn over information about her clients, the CFPB filed CIDs with those clients, he said. Unlike a subpoena, compliance with a CID is voluntary, although agencies can go to court to try and enforce them.