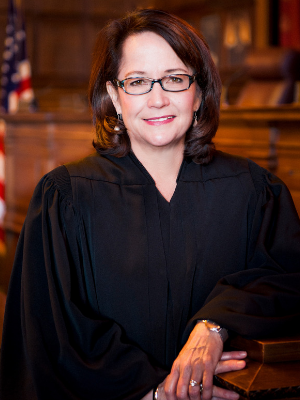 INDIANAPOLIS (Legal Newsline) – On Dec. 3, the Indiana Supreme Court determined that a nonsolicitation clause in a noncompete agreement is too broad to be enforced in a dispute with a company and its former employee.

The Supreme Court ruled against Zimmer Inc. in its lawsuit against Heraeus Medical, Robert Kolbe and former Zimmer workers. Zimmer sued Heraeus Medical and Kolbe after Kolbe left Zimmer to work for Heraeus Medical and recruited Zimmer employees to join him, allegedly violating a nonsolicitation clause he signed during his time with Zimmer.

The Kosciusko Superior Court granted Zimmer its motion for preliminary injunction to enforce the agreement in question, but the Indiana Court of Appeals reversed it, stating the agreement was too broad. Now, the Supreme Court has affirmed the appeals court's decision, ruling that the agreement is indeed unenforceable.

The Supreme Court turned to the blue pencil doctrine, which says that if a court sees a noncompete clause as irrational, it can use the doctrine to remove the portions that are unreasonable but keep the portions that are. Zimmer argued that restructuring the agreement, that has already been ruled on as too broad, wouldn’t overturn the blue pencil doctrine, but instead make the parties’ stated intent effective.

“Consistent with the history and purpose of Indiana’s blue pencil doctrine, courts cannot add terms to an unenforceable restrictive covenant in a noncompetition agreement – even when that agreement contains language purporting to give a court the power to do so. And because Zimmer’s nonsolicitation covenant is overbroad and cannot be blue-penciled in a way that would render it reasonable under Indiana law, the covenant is void and unenforceable.”

The opinion states that before the lawsuit began, Kolbe signed a noncompete agreement with Zimmer. The agreement included a nonsolicitation clause that barred Kolbe from recruiting Zimmer employees to work for a competitor, according to the opinion. During this time, Zimmer was the only distributor of Heraeus’ medical products in the U.S.

Zimmer then sued Heraeus Medical and Kolbe along with the ex-workers, alleging that Kolbe broke the nonsolicitation covenant when he hired Zimmer employees to join Heraeus Medical. Zimmer went on to ask for a preliminary injunction that would implement the agreement Kolbe signed, which was granted.

Still, the appeals court ruled that the nonsolicitation agreement was too ambiguous and wasn’t enforceable. Heraeus Medical took the case to the Supreme Court, which affirmed the appeal court’s ruling.

Want to get notified whenever we write about Indiana Supreme Court ?

Sign-up Next time we write about Indiana Supreme Court, we'll email you a link to the story. You may edit your settings or unsubscribe at any time.