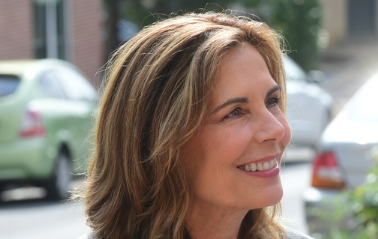 WILMINGTON, Del. (Legal Newsline) - A Delaware judge has refused to certify the state’s appeal of an order dismissing its opioid claims against Walgreens, at least temporarily upholding a rare industry victory in litigation over the opioid crisis.

In a brief order last week, Superior Court Judge Mary Johnston refused the state’s request to appeal her Sept. 25 order denying re-argument of her decision to dismiss Delaware's claims against the pharmacy because the state had failed to identify specific patients who were harmed because of prescriptions filled at its stores improperly. Her dismissal was without prejudice, meaning the state can re-file in an attempt to address Johnston's ruling.

The decision was based on her earlier ruling that the state must sue under Delaware’s medical negligence statute, which sets higher pleading standards than ordinary negligence lawsuits.

The state is also challenging that ruling, saying it should be allowed to sue the pharmacies alleging broad claims of injury to Delaware citizens under its role as parens patriae. Given the pending challenge and other opioid litigation, the judge ruled, a so-called interlocutory appeal midway in the case wouldn’t reduce further litigation or advance justice.

The state Supreme Court has decided not to hear Delaware's appeal, The state, which also has claims against Walgreens in its role as a distributor, is represented by Attorney General Kathy Jennings and private lawyers led by Richard Fields who are working on a tiered contingency fee. Fields is the lawyer who has been paying a former DEA official $500 an hour to consult on his cases.

The decision dismissing Delaware’s claims comes as Walgreens, CVS, Wal-Mart and other pharmacy operators prepare for a bellwether trial next year in the federal court in Ohio that is overseeing multidistrict opioid litigation by thousands of cities and counties nationwide. In the MDL, pharmacies argue the plaintiffs must supply examples of specific prescriptions they filled improperly, so they can prepare defenses based upon those facts.

The plaintiffs, represented by private lawyers working under contingent-fee contracts, have told the court they don’t plan to identify any specific transactions that violated the law, but rather rely on expert witnesses who will testify that some percentage of prescriptions overall were filled improperly and that led to excess use of opioids, addiction and death.

The Delaware case is more constrained, since Judge Johnston ruled the state must sue under the medical negligence statute. That law requires plaintiffs to file an “affidavit of merit” explaining how each named defendant breached a duty of care and that the breach caused the injuries in the complaint. The state filed two affidavits but the judge rejected both as failing to meet the statutory requirements.

In a February ruling, Judge Johnston allowed the state’s to proceed with negligence and consumer fraud claims against opioid manufacturers and distributors  including Purdue Pharma, Endo, McKesson, Cardinal and Amerisource Bergen. She dismissed the state’s public nuisance claims, saying a defendant can’t be liable unless it exercises control over whatever supposedly causes the nuisance.

In dismissing the nuisance claims, Judge Johnston noted that U.S. District Judge Dan Polster, who is overseeing the federal MDL, came to the opposite conclusion. The Delaware judge said she agrees with Judge Polster in “the vast majority of his conclusions.” But she said Judge Polster relied upon Ohio law and in Delaware, “public nuisance claims have not been recognized for products.”

Courts in Connecticut and North Dakota have also rejected public nuisance claims against opioid manufacturers on similar grounds. But Johnson & Johnson unsuccessfully challenged the nuisance suit brought by Republican Oklahoma Attorney General Mike Hunter and lost earlier this year, with a judge hitting the company with a $572 million verdict he later reduced by about $100 million due to a math error. J&J has appealed that decision to the Oklahoma Supreme Court, saying state law there also doesn’t recognized public nuisance claims over products.