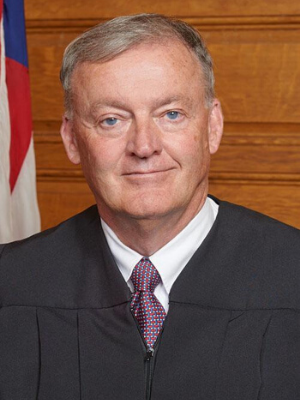 BOSTON (Legal Newsline) – On Nov. 13, the Massachusetts Court of Appeals reversed a dismissal in a defamation case against a lawyer and his law firm, ruling that a previously applied litigation privilege isn’t relevant in this case.

The Patriot Group LLC sued Bruce W. Edmands and his firm, Edmands & Williams LLP, over allegations of defamation after Edmands, who was representing a man The Patriot Group started bankruptcy proceedings against. The case was dismissed in the Superior Court via the litigation privilege defense.

According to McDonough's opinion, a litigation privilege defense is “written or oral communications made by a party, witness, or attorney prior to, in the institution of, or during and as part of a judicial proceeding involving said party, witness, or attorney are absolutely privileged even if uttered maliciously or in bad faith.” The litigation privilege defense is in place to protect an attorney’s statements that are made during his role as counsel during and before litigation.

McDonough ruled that Edmands failed to prove in the Superior Court that the litigation privilege blocks Patriot’s lawsuits against him. He also didn’t prove that he made claims that his client was a whistleblower against Patriot to organizations like the Internal Revenue Service and Securities and Exchange Commission were actual judicial or quasi-judicial. Considering this, Edmands can’t use the litigation privilege as a defense, McDonough ruled.

This lawsuit is the result of Patriot snagging a more than $20 million judgment against Fustolo stemming from a project development dispute in 2011. Patriot never received its award, so it started involuntary bankruptcy proceedings against Fustolo, who was represented by Edmands and his firm.

Edmands, as Fustolos' counsel, issued a letter on May 9, 2014, to Patriot’s legal team, including Michael J. Fencer. The ruling states the letter was filled with several false statements about Patriot, including that it was guilty of tax fraud and that Fustolo filed multiple whistleblower claims concerning Patriot’s alleged tax fraud. Edmands and his client were deposed, but Fustolo couldn’t remember the details of the letter in question and ultimately invoked the Fifth Amendment.

"Edmands testified that he reviewed, edited, and sent the May 9 letter drafted by Fustolo, and that he sent it out to intimidate Patriot and Howe, whom Edmands perceived as 'bullies' toward his long-time client, Fustolo,'" the ruling states.

Patriot sued in the Superior Court, where a judge dismissed the defamation claim using the litigation privilege.

Want to get notified whenever we write about Massachusetts Court of Appeals ?

Sign-up Next time we write about Massachusetts Court of Appeals, we'll email you a link to the story. You may edit your settings or unsubscribe at any time.