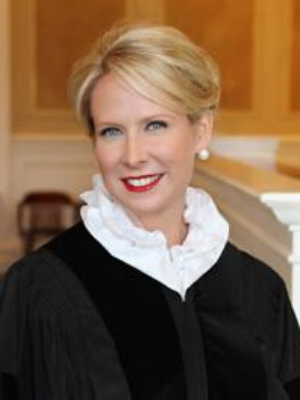 LITTLE ROCK, Ark. (Legal Newsline) – After losing their attempt at class certification in a lower court, plaintiffs prevailed in the Supreme Court of Arkansas as the higher court reversed the denial on Nov. 14.

Unlike the Sebastian Circuit Court, the Supreme Court determined that Heather Vaughn and Dawn France met the requirements for the class certification in their lawsuit against their former employer Cooper Clinic PA as well as Mercy Clinic Fort Smith Communities, which has acquired Cooper Clinic.

While Cooper Clinic said that it paid its workers the vacation time in question, after it merged with Mercy, Justice Courtney Rae Hudson noted, “The class individuals who were not paid for their unused vacation time at the time of the termination of their employment with Cooper Clinic still exists.”

Plus, when it comes to the workers who have been paid, they are still owed prejudgment interest.

Hudson also pointed out that there was a four-month lapse between the time the request for the class certification was filed and when the lower court ordered the appellees’ response to the motion to be due.

“Undoubtedly, the class-certification motion could have been decided much earlier,” Hudson wrote.

Special Justice Randall L. Bynum joined, and Justice Josephine L. Hart concurred in a separate opinion. Hart mentioned in his opinion that the ruling from the lower court should be reversed, but said that since Cooper Clinic has already paid its former workers that are considered putative class members, the lower court correctly determined that certification requirements of numerosity and typicality can’t be fulfilled without further evidence.

“The majority is, quite simply, forcing the trial court to certify a class with no members,” wrote Wynne. “Instead of requiring appellants to take the logical step of attempting to redefine the class so that there might be individuals within its definition, the majority has chosen to require certification of a class with zero members.”

The litigation began shortly after Cooper Clinic was acquired by Mercy. The ruling states representatives from both sides told workers that their earned vacation time would be credited to Mercy once the transition was completed in January 2018. But in a memo two days before, Mercy informed the workers at Cooper Clinic that their vacation time wouldn’t be able to be transferred. They were told they would later receive a payout for the time once the company dissolved. Once the workers officially became Mercy employees on Jan. 28, 2018, they ended their relationship with Cooper Clinic.

Employees Sara Bryson, Emily Brown and Danielle Pfeiffer were the plaintiffs that first filed the class action against Cooper Clinic and Mercy over allegations of promissory estoppel, unjust enrichment, and breach of contract.

They came to a settlement agreement in July 2018 and later that month, the plaintiffs changed the lawsuit and added Vaughn and France as plaintiffs. The current plaintiffs then filed the class action to represent Cooper Clinic employees who worked for the company for more than a year, and who were fired by Cooper Clinic in 2018 after Mercy acquired it but was not paid for their unused vacation time.

After the selling of a dialysis center for Cooper Clinic didn’t go through, Cooper Clinic informed the lower court that it still wanted to pay for remaining vacation time and that there was a buyer in talks of completing the purchase. It also said that it had cash and an insurance refund that was pending, which it planned to use to pay the employees for the unused vacation time.