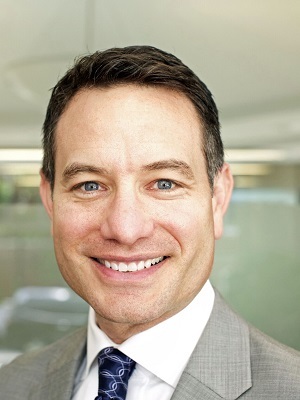 WASHINGTON (Legal Newsline) – With possible shortages looming amid debate over environmental impacts of ethylene oxide, a gas used to sterilize billions of medical devices each year, an industry advocate is advocating a more reasoned view of how the gas is used.

"No one is saying that ethylene oxide is not a toxic chemical," said Greg Crist, chief advocacy officer and head of external affairs of the Advanced Medical Technology at AdvaMed. "No one has ever said that. What we are saying, from our perspective of using only .5 percent of the ethylene oxide used in the country, maybe even in the world, is that we can responsibly - and we've been doing it for decades - capture, abate, destroy and remove those emissions to untraceable amounts."

That message has been lost as sterilization facilities have been targeted and closed over environmental concerns and those closures are causing a far wider health crisis in possible shortages of sterilized medical devices, Crist said.

"Look, we fully understand, appreciate and support the emphasis on environmental safety and environmental stewardship and community safety across the board," Crist said. "Yet what is missing, unfortunately, is a 360-degree view of how ethylene oxide is used, that the emissions are used responsibly and destroyed after use."

AdvaMed is the largest medical device trade association in the U.S.

Crist's comments came a few days after an agreement between Georgia and the medical device sterilization company Becton Dickinson following a lawsuit filed by the state over the company's ethylene oxide gas emissions. The agreement and consent order between the company and state ended what turned out to be a temporary closure of the facility.

"We appreciate the hard work and effort that went into the agreement to ensure that health care providers and patients will continue to have access to the critical products we provide," a Becton Dickinson spokesperson said in an email to Legal Newsline.

The company spokesperson otherwise declined comment, saying the "the statement is comprehensive and speaks for itself."

"This is a very complex issue," Crist said. "It's unfortunate that reporters only have only 18, 15, 12, 10 column inches to dedicate to something that really has a very storied past, and an interesting one."

The majority of ethylene oxide used in the U.S. is as a chemical building block in the production of resins, plastics and similar material, Crist said.

"Half of 1 percent of all ethylene oxide manufactured in this country is used to sterilize medical devices," Crist said.

Intense scrutiny of that half-percent began in 2016 when the U.S. Environmental Protection Agency released a report, the "Evaluation of the Inhalation Carcinogenicity of Ethylene Oxide," that identified ethylene oxide to be a carcinogenic gas.

There quickly followed aggressive state and federal action against use of the gas in medical device sterilization legislation and against sterilization facilities that use ethylene oxide.

Sterigenics and the state reached a deal last summer but the company announced in late September that it would no longer run ethylene oxide sterilization facilities in Illinois, citing "unstable legislative and regulatory landscape."

The settlement and consent order reached between Becton Dickinson and the state of Georgia narrowly avoided what could have been another permanent closure.

The FDA has set up a mailbox for device shortage notifications.

The closures and temporary shutdowns over cancer concerns are forcing questions about the potential result of reducing, eliminating or replacing ethylene oxide from the sterilization chain used by the nation's hospitals and other healthcare providers. There is debate about whether it is practical - if it's even possible - to replace ethylene oxide in medical device sterilization.

Alternatives to ethylene-oxide sterilization do exist and are spelled out in a widely accepted industry white paper issued in 2017.

"Policy makers will say, 'Use something besides ethylene oxide, you have other options,'" Crist said.

The reality is less clear cut.

"Steam was popular a long time ago," Crist said. "However, as these devices become more sophisticated and more electronic, steam becomes a terrible modality for these devices, the more intricate they are."

"You want to kill those microbes and decontaminate the product," Crist said. "To do that effectively, reliably, consistently and accurately, ethylene oxide has been found to be the most effective."

Trying to force sterilization alternatives could prompt marketing decisions that no one wants.

"I now need to go back to FDA and get them to approve my new process as part of manufacturing," Crist said. "That could take months. Some companies have told me that 'The way we design this device and the way we manufacture it, if we need to use another sterilization modality, we will either remove the device from the market because it wouldn't be marketable anymore or we will have to redesign the device to be able to accept these more sterilization harsh methods.'"

"Using ethylene oxide is very time-intensive, it's costly, it's very demanding in terms of the processes," Crist said.

More than 50 elements go into preparing the ethylene oxide sterilization chamber, where certain humidity and other conditions must be met.

"It is not the first, best option, and I'll state that on the record," Crist said. "What it is, though, is the most reliable, consistent, accurate and lethal method. It gets rid of the micro-organisms and the microbes that threaten the patient on the back end. And that is a public health concern that we all share."