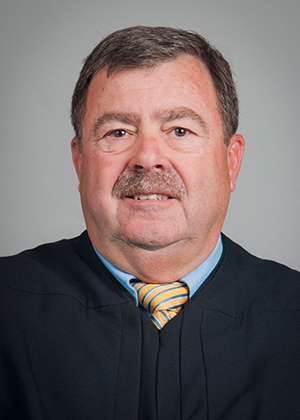 INDIANAPOLIS (Legal Newsline) – After deciding that a radiology technologist (RT) is qualified to give an opinion in a medical malpractice case, the Indiana Court of Appeals reversed summary judgment for St. Mary’s Medical Center of Evansville Inc. on Oct. 29.

Nataomi and Frank Riley sued the hospital alleging malpractice with allegations that RT Karen Osborne negligently put contrast dye in Nataomi’s arm while gearing up for a CT scan. They further alleged that the negligence caused severe injuries. The Rileys appealed after the Vanderburgh Circuit Court granted the hospital summary judgment, which the appeals court has reversed.

The affidavit in question was from Barry Southers, who said that Osborne failed to stop injecting the dye in Nataomi’s arm after she said she was experiencing pain. He alleged Osborne did not comply with the standard of care, which led to Nataomi’s injuries. The hospital argued that Southers wasn’t a proper expert, but the appeals court disagreed.

The appeals court noted that it wasn’t Southers’ responsibility to determine the exact amount of contract medium that was needed to cause Nataomi any injury; instead, he only had to determine if Osborne’s alleged breach of standard of care is what actually caused the injuries Nataomi experienced.

“The causation issue here was not complex, and therefore we conclude that Southers was qualified to render an expert opinion and thus establish a genuine issue of material fact on issue," Judge Terry A. Crone wrote. "Consequently, we reverse the trial court’s grant of summary judgment for the hospital and remand for further proceeding,”

The judges also noted that the hospital failed to reference a regulation that contrast medium can be injected into surrounding tissue without it automatically being negligent.

The ruling states Nataomi was 68 when she went to the hospital for a CT scan with contrast dye to rule out a pulmonary embolism in 2015. Nataomi had the process done several times. But this time, she alleged Osborne came into the room and put the IV in Nataomi’s right forearm and used a machine to inject the dye into Nataomi’s arm at 4 millimeters a second.

As the dye went into Nataomi’s arm, she said it kept getting more and more painful to the point where she was literally screaming for Osborne to remove the machine. Another technician stepped in and put a needle in Nataomi’s left arm, and she didn’t have any pain.

She later experienced pain in the area where Osborne treated, and later returned to the hospital where a surgeon said she’d have to have an operation. She was discharged and filed the lawsuit in 2016.