DoorDash sued over data breach that may have exposed info of its 4.9 million users 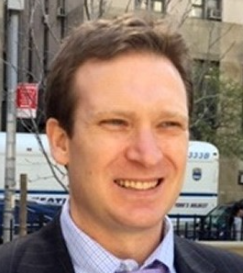 NEW YORK (Legal Newsline) – A DoorDash user in New York alleges the company breached its duty of care by failing to safeguard the information of its users and drivers.

Melissa Nelson sued the popular food delivery service on behalf of herself and others in her situation on Oct. 4 in the U.S. District Court for the Eastern District of New York alleging negligence, unjust enrichment and other counts.

The suit states DoorDash experienced a data breach in May of this year, causing private information of its at least 4.9 million users to be at risk of getting into the wrong hands. Nelson alleges that 100,000 drivers for the defendant had driver’s license details hacked as well.

Nelson alleges the defendant did not inform users of the data breach until September.

“This allowed the private information of plaintiff and class members to be circulated and available on the internet and likely on the ‘dark web,’ a part of the internet that is notorious for the trading in private and hacked data,” the lawsuit states.

The plaintiff alleges she and the proposed class members may or will endure the loss of access to online accounts because of the data breach and that it is "expected" her information is for sale on the dark web.

She asked the court to green-light the class and certify her as a class representative, an order fpr DoorDash to correct the issue, and to be granted monetary damages and interest as well as attorney fees and court-related costs. She’s represented by Spencer Sheehan of Sheehan & Associates PC in Great Neck, New York.

Want to get notified whenever we write about U.S. District Court for the Eastern District of New York Brooklyn Division ?

Sign-up Next time we write about U.S. District Court for the Eastern District of New York Brooklyn Division, we'll email you a link to the story. You may edit your settings or unsubscribe at any time.