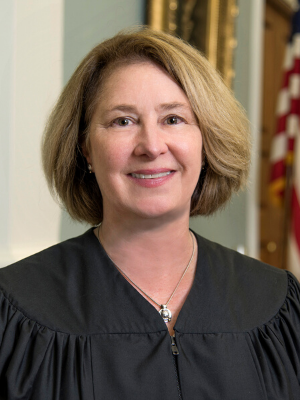 CONCORD, N.H. (Legal Newsline) — On Oct. 16, the Supreme Court of New Hampshire reversed in part a ruling in a lawsuit filed by a nurse who slipped and fell in the Dartmouth-Hitchcock Medical Center (DHMC) parking lot.

A superior court granted summary judgment to Casella Construction Inc. when it determined Eileen Bloom wasn’t entitled to a duty of care and Bloom appealed. The Supreme Court has affirmed in part, reversed in part, and remanded the case.

"As the trial court reasoned, ‘nothing in plain language of the contract [between the hospital and Casella] indicates that DHMC’s intent was to protects its employees from workplace injuries,’ and, ‘even if it was DHMC’s underlying intent, there is no indication that Casella was aware that a benefit to third parties was contemplated by DHMC, which would be required to impose liability on Casella for injury to third-party beneficiaries.’”

The ruling states when Bloom fell in 2013 in the employee parking lot, the hospital had a snow plowing agreement with Casella that said the company was  to “provide certain services, including the equipment and labor for snow removal services” and that it would “coordinate with [DHMC] to provide all services” based on the snow plowing guidelines.

Bloom argued that the Second Restatement of Torts, Section 324A backs her argument that Casella is liable. The Supreme Court disagreed with the lower court’s ruling that there was no responsibility under the subsection of the statute since Casella didn’t take on DHMC’s responsibility to keep its property safe. Marconi wrote that all sides agreed that Casella had a contract with DHMC to take on snowplowing services and when it did so, it took on the responsibility of performing a duty owed by DHMC to Bloom.

While Casella was responsible for snow removal and DHMC was responsible for sanding and salting, there’s a genuine issue of whether DHMC directed Casella to put down sand and salt on the parking lot where Bloom fell. Marconi wrote that this issue is enough to bar summary judgment at this phase of the case and reversed that part of the judgment.