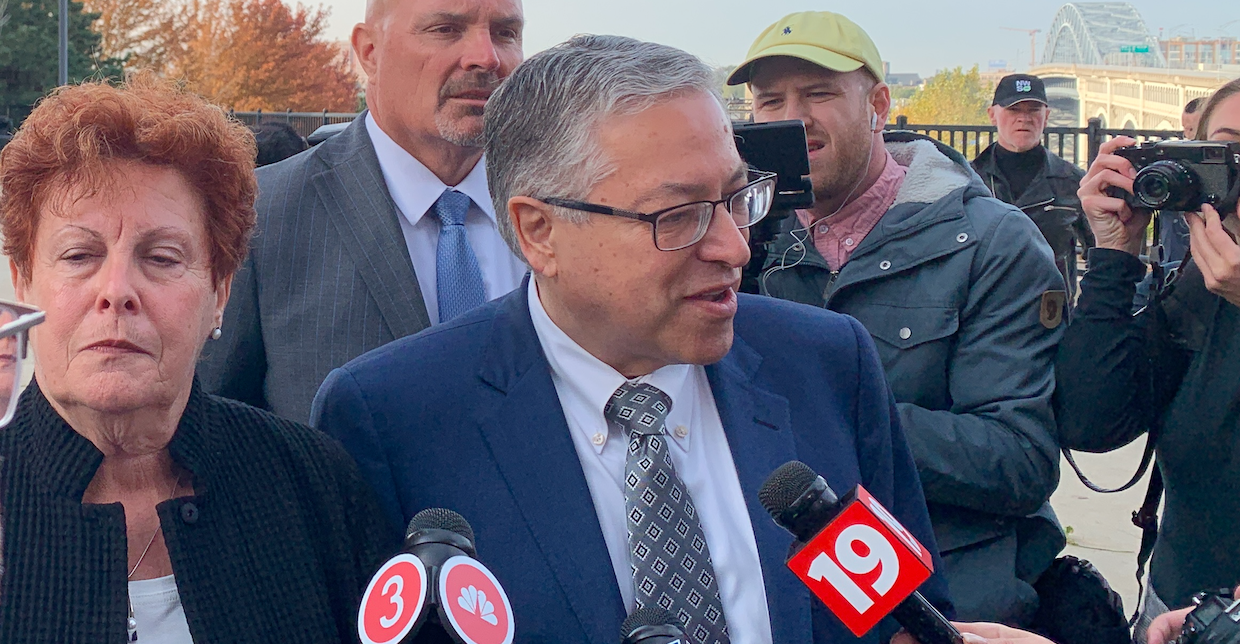 CLEVELAND (Legal Newsline) - Four of the nation’s largest drug companies reached a last-minute settlement this morning with two Ohio counties to avoid a high stakes bellwether trial in federal court. The case was the first slated for trial in a court that has consolidated claims from across the country in which drug makers and distributors stand accused of complicity for their alleged roles in the ongoing opioid crisis.

U.S. District Court Judge Dan Polster dismissed the jury and the case moments before the trial was set to begin at 9 a.m.

The four firms AmerisourceBergen, Cardinal Health, McKesson, and Teva Pharmaceutical Industries will pay Ohio’s Cuyahoga and Summit counties $260 million over the next 18 months.

According to Cuyahoga County Executive Armond Budish, the money will be used to cover addiction, treatment and recovery.  Budish also said the companies agreed to donate an unspecified amount of drugs used to treat opioid addiction.

Budish said that the settlement allows faster payment for those in need now.

“We need the money on the streets, helping people today. That’s what this settlement does today," Budish said.

According to the National Institute on Drug Abuse, the opioid epidemic has killed an estimated 400,000 people across the country with Ohio having an opioid death rate of 40 deaths per 100,000 persons since 2017. Ohio’s death rate is two and a half times the national average.

The lawsuit alleged that drug makers and distributors flooded communities will opioids despite the high risk of addiction. Distributors were also accused of turning a blind eye to a large number of suspicious orders from doctors and pain management clinics while distributing vast quantities of the pills across the country.

Drugmakers have argued that they have followed the law while providing sufficient warnings not only on drug labels but in marketing materials. The drugmakers say that the Food and Drug Administration approved their labeling while the distributors claimed they were only the last link in a complicated and heavily regulated supply chain.

Cuyahoga County Executive Budish told the assembled media outside the courthouse that Illinois based Walgreens Boots Alliance Inc., has yet to reach a deal with the counties and as such will move forward to trial at a later date.

“The settlement does not bring this to an end,” Budish said. “But it is a good development for the people of our counties.”

The settlement only covers the Ohio cases and will not resolve thousands of remaining lawsuits between the companies and other cites, and states.