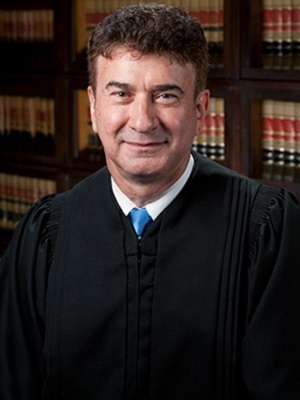 INDIANAPOLIS (Legal Newsline) – Post-judgment interest on a $49.5 million judgment in IBM’s case with the state of Indiana runs from the judgment on remand, not from the date of the original 2012 judgment, Indiana's Supreme Court ruled.

“We hold that post-judgment interest due to IBM stems from the judgment on remand,” wrote Justice Steven H. David on Oct. 10. “Under Indiana Code section 34-13-1-6, the judgment ‘draw[s] interest at an annual rate of 6 percent from the date of the adjournment of the next ensuing session of General Assembly.'”

David noted that statute was fitting because the case relates to a sum of money due from the state. Ultimately, the judges determined that the amount represented an offset of what IBM owes the state.

David, along with concurring Chief Justice Loretta Rush and Justice Christopher M. Goff, stated that after the judgment for the case on Aug. 4, 2017, the following ensuing session of the General Assembly wrapped on March 14, 2018. Considering this, the post-judgment interest that IBM is owed runs from March 14, 2018.

The issue of this case is a $1.3 billion Master Service Agreement (MSA) that the state of Indiana, on behalf of the Family and Social Services Administration, entered with IBM in an effort to update and advance the system that would determine who is eligible for welfare. The MSA was intended to be good for a decade, but the state ended the contract after less than three years, stating that it took issue with IBM’s performance. Both sides sued over allegations of breach of contract.

The Marion Superior Court determined the state didn’t provide evidence of IBM’s breach and IBM was awarded with damages for assignment and equipment fees. Both sides appealed, and the Supreme Court reversed and ruled that IBM breached the MSA as well. The Supreme Court then reversed IBM’s termination payment and prejudgment interest awards, but it did affirm the assignment and equipment fees for $49.5 million and remanded the case back to the lower court.

The trial court subsequently awarded the state $128 million in damages, and credited IBM the $49.5 million for assignment and equipment fees, calculating that IBM owed the state $78.2 million. Both parties then appealed, and the Court of Appeals affirmed in part, reversed in part, and remanded. As it relates to this case, it said IBM was owed post-judgment interest for the $49.5 million. The state and IBM requested a transfer, which the Supreme Court granted, vacating the Court of Appeals opinion.

Justice Geoffrey Slaughter concurred in part and dissented in part in a separate opinion.

Slaughter wrote that court backed a $125 million award for the state for damages from IBM’s breach to modernize the welfare system. A key idea from the appellate court ruling is to back the notion that “modernization” is nearly synonymous with the costlier method of “hybrid,” which is the approach the state conducted.

Slaughter did agree with the post-judgment interest argument.

Want to get notified whenever we write about Indiana Supreme Court ?

Sign-up Next time we write about Indiana Supreme Court, we'll email you a link to the story. You may edit your settings or unsubscribe at any time.