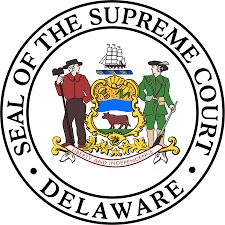 Following a hearing before a Supreme Court panel last month, it was decided that the dispute between ISN Software Corp. and Richards Layton & Finger (RLF) should be heard and decided by the entire five-member bench.

The case has its roots in a buyout of stockholders by ISN, which was represented by the law firm. RLF allegedly made an "elementary mistake" when advising that one of the stockholders would not have the right of appraisal, that is to have a Delaware Court of Chancery decide the price per share. In fact, the stockholder did have appraisal rights and the price was set by the court at just under $100,000 for each of his 544 shares.

The legal arguments in lower courts and before the Supreme Court panel centered on the three-year statute of limitations. Further oral arguments before the full high court were originally penciled for Dec. 4, but have been pushed back to Dec. 11.

Delaware Superior Court Judge Mary M. Johnston ruled ISN should have filed suit against the law firm before the share price was finalized and while the lawyers still represented the company, according to previous Legal Newsline reporting.

Johnston stated that the statute of limitations expired prior to ISN Software filing its suit against the law firm.

The company had argued that it could not determine the amount of damages prior to the share price being set, or whether there was any damage done.

In a filing to the Supreme Court, ISN further alleged the damage done "did not ripen into a legal malpractice claim" until the share price was finalized.

"Before that, ISN had suffered no resulting loss from the erroneous advice," ISN argued in its appeal, adding that its legal malpractice claim would have failed because it would not have been able to point to an actual loss.

ISN first took legal advice on the buy-back scheme from RLF in 2012. A merger plan was crafted involving cashing out four stockholders, with the price per share estimated at $38,000. According to court documents, the law firm first advised that a shareholder did not have appraisal rights, but following the merger completed in January 2013, admitted this was wrong.

The stockholder filed an appraisal action in August 2016, and the Court of Chancery ruled each share was worth $98,783, which, it is argued, cost the company tens of millions of dollars more than it expected.

An en banc sitting of the court happens in cases "special seriousness … where the area of law is one that the court and trial courts believe requires special attention to establish clear and predictable precedent," according to the state government website.