Here are the names of lawyers whose TV ads are scaring and lying to viewers, according to the FTC 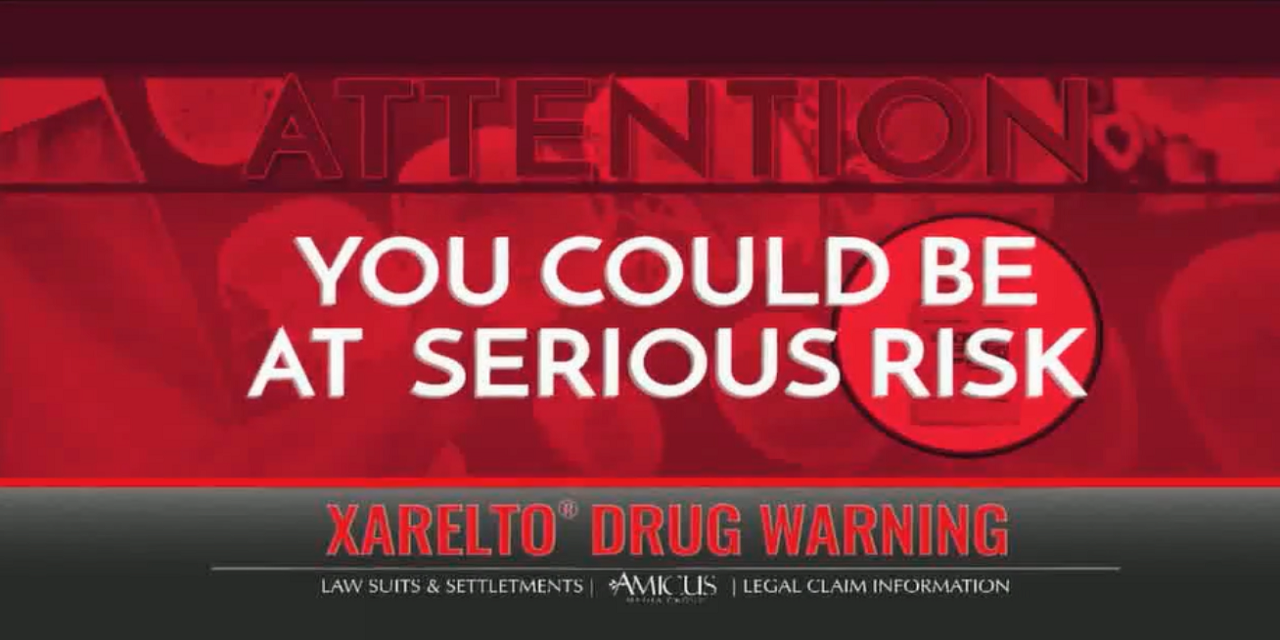 And records obtained Friday by Legal Newsline identify companies that are producing the commercials that the FTC has major concerns with. The FTC announced seven letters in September but did not initially disclose to whom they were sent.

The FTC says some commercials are possibly misleading viewers about the existence of recalls of particular medications.

Some commercials also severely overstate the likelihood of side effects, it says. For instance, the FTC says a study referenced on one ad actually showed an insignificant increase in instances of gastric cancer for people who use drugs like Nexium - despite the ad making the situation sound much more dire.

Below are summaries of each letter.

“STOMACH CANCER WARNING” flashes on-screen at the beginning of its commercial.

“A recent medical study found that the prolonged use of both prescription and over-the-counter proton-pump inhibitors may double a patient’s risk of developing stomach cancer,” the ad says.

“Thousands of acid reflux patients may have been exposed to serious risk by these dangerous medications.”

But the FTC says only four of 10,000 proton-pump inhibitor users developed gastric cancer, according to the study referenced by the ad.

That amounts to only a .043-percent increase in risk.

“Accordingly, the implication that the study establishes that prolonged use of PPIs poses a substantial risk of stomach cancer appears to be false,” the FTC wrote.

MCM advertises under the name Gold Shield Group and is looking for Invokana users, as well as Abilify users. That drug has been linked to strange side effects like uncontrollable gambling.

“We note that the FDA has stated that the reported impulse-control problems from Abilify, including an uncontrollable urge to gamble, are rare,” the FTC said.

“Accordingly, the implication that Abilify poses a substantial risk of uncontrollable gambling appears to be false. In addition, this ad may convey that the risks from taking Abilify outweigh its benefits.

Gold Shield Group runs ads regarding the leukemia drug Tasigna, too. They say there is a link to amputation, blood clots, heart attack and stroke.

“To prevent consumer injury… an ad might need to disclose, clearly and conspicuously, that consumers should not discontinue their medications without seeking the advice of their physician,” the FTC said.

At issue for Sokolove is an ad looking for users of the diabetes drug Invokana. It says:

“Attention, diabetics. The FDA warns that the Type 2 diabetes drug Invokana is linked to an increased risk of leg and foot amputations.”

“Moreover, in some circumstances, a lawsuit ad that causes or is likely to cause viewers to discontinue their medications may constitute an unfair act or practice,” the letter says.

Invokana has caught the attention of the lawyer advertising community. Research provided by X Ante, using Kantar CMAG data, shows lawyers and lead-generators spent an estimated $5.3 million on Invokana ads in the first nine months of 2019.

Lawyers say Invokana is linked to ketoacidosis and kidney injuries. It has not been recalled, but the Food and Drug Administration did issue a safety warning.

“Based on new data from two large clinical trials, the FDA has concluded that Type 2 diabetes medicines Invokana, Invokamet and InvokametXR causes an increased risk of leg and foot amputations,” the ad says.

The FTC makes the same plea for Pulaski to review its ads that it does to the others.

“Reasonable consumers might interpret an ad with these elements as a government-sanctioned medical alert or another type of public service announcement,” the letter says.

Matthews and Associates is also in Houston and also runs Invokana ads. Its commercials mention the risk of genital gangrene associated with SGLT2 inhibitors like Invokana.

“We note that the FDA describes gangrene of the genital area as a rare side effect,” the FTC said.

Matthews and Associates ad says patients using SGLT2 inhibitors were about twice as likely to develop gangrene that leads to leg and foot amputations.

“If you or someone you love has been diagnosed with one of these conditions, you may be entitled to compensation,” the ad says.

Ketterer Browne, of Maryland, is another firm making a play for Invokana clients. The letter to it is similar as the ones Pulaski, Sokolove and Matthews and Associates.

“Attention, people with diabetes! The FDA has just issued a warning that Invokana may cause an increased risk of amputations. If this has happened to you or a love one, call right now. You may be entitled to substantial compensation,” the ad says.

The beginning of the ad is possibly a sensational alert that misleads viewers about the ad’s sponsor, the FTC said.

Amicus Legal Group, of California, seeks Xarelto and Pradaxa users. Its ad tells viewers to “listen closely. You could be at serious risk.”

It goes on to say a report estimates tens of thousands will suffer major bleeding events requiring hospitalization and more than 4,000 might bleed to death after taking Xarelto.

Xarelto spending used to dominate the drugs and medical devices field studied by X Ante. In an 18-month span in 2015-16, there were 168,000 Xarelto ads.

Ultimately, more than 27,000 Xarelto lawsuits were part of a global settlement of $775 million. Johnson & Johnson and Bayer settled despite overwhelming success in the first six trials.

“Your ad begins with a prominent ‘DRUG WARNING,’ a call to ‘Attention,’ and a warning that consumers who take Xarelto or Pradaxa ‘could be at serious risk,’” the FTC wrote.

“Reasonable consumers might interpret an ad with these elements as a government-sanctioned medical alert or another type of public service announcement.”

A few years ago, an FDA official reported that 61 people stopped taking their Xarelto or Pradaxa after seeing commercials from lawyers. Of that group, six people died – three from strokes, one from cardiac arrest, one from a pulmonary embolism and one from an unreported cause.

The American Medical Association even adopted a policy in 2016 that attorney commercials should include “appropriate” and “conspicuous” warnings.