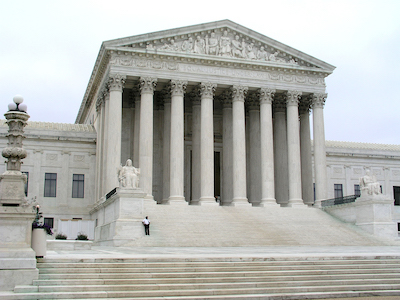 WASHINGTON (Legal Newsline) – Domino's Pizza Inc. must face the lawsuit of a blind man who claims the nationwide pizza delivery chain's website and mobile-phone app violates the Americans with Disabilities Act after the U.S. Supreme Court declined to take up the case.

On Oct. 7, the nation's highest court rejected an appeal by Domino's filed in June.

The decision leaves in place a ruling in January by the U.S. Court of Appeals for the Ninth Circuit in San Francisco that litigation against Domino's by Guillermo Robles could move forward based on his claims filed under the ADA.

Domino's argued in its appeal that the ADA's accommodation provisions, specifically Title III, cover only brick-and-mortar facilities and not those that operate in the virtual world. Domino's claimed that the ADA does not requires companies to provide accessibility options on their websites and in mobile phone apps so long as customers with disabilities were offered other means of access, such as through a telephone hotline.

"Title III does not demand full accessibility for each and every means of accessing the goods or services a public accommodation provides to the public," Domino's said in its appeal. "Instead, the Act focuses on 'the full and equal enjoyment of the goods, services, facilities, privileges, advantages, or accommodations of any place of public accommodation.'"

Corporate trade groups and other business advocacy organizations - including the Restaurant Law Center, the Cato Institute and the Retail Litigation Center - filed amicus briefs this past summer supporting the Supreme Court to accept the case.

No court should rewrite federal law "no matter how well-intentioned they may be," Washington Legal Foundation's amicus brief said.

"Acting on an understandable but still misguided desire to achieve rough justice for the disabled, many lower courts have drifted far from these fundamental principles," the amicus brief continued. "Only this court's intervention can remind those courts of their proper, narrow role in our constitutional structure. Only then will the difficult social and economic policy choices at stake be returned to their rightful place - the Congress."