Journalists sue Texas over law preventing them from using drones 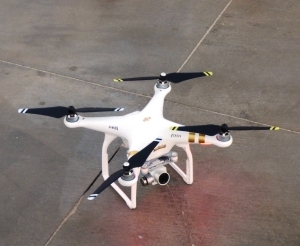 The National Press Photographers Association, Texas Press Association and Joseph Pappalardo filed a complaint Sept. 29 in U.S. District Court for the Western District of Texas-Austin Division against Steven McCraw as director of Texas Department of Public Safety, Ron Joy as chief of the Texas Highway Patrol and We Mau as district attorney of Hays County, alleging violation of the U.S. Constitution.

The plaintiffs are a Texas journalist and organizations that represent visual journalists in the state of Texas and the entire nation. The suit states the plaintiffs have used unmanned aerial vehicles, or drones, to record events but sections of Chapter 423 have prevented the plaintiffs from using drones, which the plaintiffs allege is in violation of the First and 14th amendments of the U.S. Constitution.

The plaintiffs seek judgment against the defendants, all just and proper relief, attorney fees, court costs and interest. They are represented by attorneys James A. Hemphill of Graves, Dougherty, Hearon & Moody, P.C. in Austin, by Leslie A. Brueckner of Public Justice PC in Oakland, and by Leah M. Nicholls of Public Justice PC in Washington, D.C..

For further details, click here for a copy of the complaint.

Want to get notified whenever we write about U.S. District Court for the Western District of Texas Austin Division ?

Sign-up Next time we write about U.S. District Court for the Western District of Texas Austin Division, we'll email you a link to the story. You may edit your settings or unsubscribe at any time.