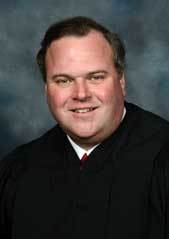 JACKSON, Miss. (Legal Newsline) – The Supreme Court of Mississippi on Aug. 29 affirmed a lower court's decision in a legal malpractice case between a medical office and a law firm.

Gulfport OB-GYN alleged Dukes, Dukes, Keating and Faneca PA and attorney Ja'Nell Blum negligently drafted a noncompetition covenant for one of its physicians, which led to a financial loss when the physician left to start a practice.

The Harrison County Circuit Court granted summary judgment in favor of the defendants, ruling that the plaintiff failed to produce evidence that the alleged negligence caused damages. The Supreme Court upheld this ruling.

The ruling states in 2008, Gulfport OB-GYN hired the defendants to help write up an employment contract during the negotiating process for Dr. Donielle Daigle. Blum was the primary lawyer on the matter.

The agreement provided that under certain circumstances, enforcement of the noncompetition covenant could be waived in exchange for $150,000 to Gulfport, the ruling states. Daigle was hired after agreeing and signing the employment.

Five years later, Daigle left Gulfport to start her own practice with another Gulfport employee and sued Gulfport for allegedly unpaid compensation. They also wanted the non-competition to be thrown out, claiming it was not enforceable.

“The departing physicians ultimately prevailed, with the chancery court holding the noncompetition covenant not applicable to Dr. Daigle because she left voluntarily and was not ‘terminated by the employer," Ishee wrote.

In order for Gulfport to move forward with its negligence claims against the defendants, Ishee wrote it would have to prove that Blum proposed different or additional terms to the agreement. She did not.

"I do not find that this case falls within the traditional trial-within-a-trial analysis for purposes of proving cause in fact," he wrote. "Nevertheless, the record shows that sufficient evidence was presented that 'but for [Blum’s drafting] error there would have been an enforceable covenant not to compete.' As a result, I would reverse the circuit court’s entry of summary judgment and remand this matter for trial."