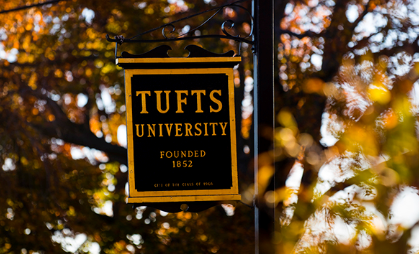 BOSTON (Legal Newsline) – A Tufts University graduate alleges she was retaliated against for reporting that her adviser allegedly fabricated data in an article they co-wrote together.

Kristy Meadows filed a complaint on Aug. 23 in the U.S. District Court of Massachusetts against Tufts University, Elizabeth Byrnes and Joyce Knoll alleging violation of the False Claims Act, the Massachusetts Civil Rights Act and other counts.

The plaintiff received a doctor of veterinary medicine degree from Tufts in 2018 and Ph.D. from Tufts in 2017. She alleges she has been subjected to ongoing retaliation and reputational harm since she reported suspected research misconduct by Byrnes to the university in 2016.

Meadows alleges she wrote an article with her adviser, Byrnes, and upon reviewing the final draft noticed it contained fabricated data from an experiment they had not completed. She alleges Byrnes refused to make a correction and she reported it to the university.

The plaintiff is seeking trial by jury, compensation for any loss of wages and/or benefits, costs and attorneys' fees. The plaintiff is represented by Rachel Stroup and David A. Russcol of Zalkind Duncan & Bernstein LLP in Boston.

Want to get notified whenever we write about U.S. District Court for the District of Massachusetts ?

Sign-up Next time we write about U.S. District Court for the District of Massachusetts, we'll email you a link to the story. You may edit your settings or unsubscribe at any time.

U.S. District Court for the District of Massachusetts