After sexual assault case, lawyers fight for sanctions against clients who allegedly didn't pay their fees 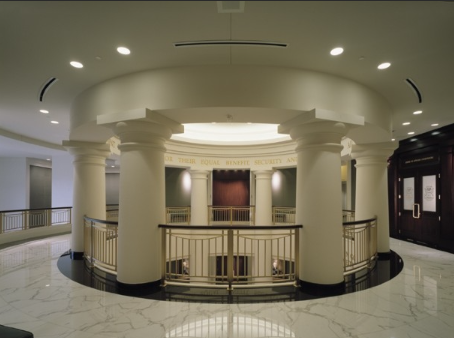 LANSING, Mich. (Legal Newsline) – A Michigan law firm has been denied its appeal for sanctions in a fee dispute involving the case of a couple whose family member sexually assaulted several of their foster and adoptive children.

According to the Aug. 20 filing in the Michigan Court of Appeals, defendant-appellants Garratt & Bachand PC (G&B) and C. William Garratt filed an appeal of a trial court's post-judgment ruling denying sanctions against the plaintiff-appellees Ruth and Jan Clark.

G&B alleged that the Clarks owe more than $150,000 in attorneys fees from when the firm represented at least one of the Clarks after one of their family members was convicted of criminal sexual conduct against several of the Clarks' foster and adoptive children. The Clarks faced a lawsuit stemming from this.

In addition to one of the sexual assault victims filing suit against the Clarks, their insurance company filed a declaratory judgment claiming the personal injury suit, which was eventually settled, was not covered under their policy.

In arbitration, G&B was awarded $112,311.38 and a complaint filed by the Clarks against G&B seeking damages and over allegations they do not owe any unpaid legal fees and claiming fraud, malpractice and lack of attorney-client relationship was dismissed. G&B then filed for sanctions against the Clarks and their attorneys claiming the Clarks filed a frivolous complaint against the firm, which was denied by a trial court.

In its ruling, the Michigan Court of Appeals judges Michael Kelly, Mark Boonstra and Michael Riordan stated they were "not persuaded" by G&B's claim that the arbitrator "lacked authority to award sanctions" and affirmed the trial court's decision to deny sanctions, stating that the Clarks' complaint "did not rise to the level of frivolousness" at the time of filing.

The court found that G&B’s argument that the lawsuit against it was frivolous relied extensively on evidence introduced during the arbitration.

"Although the trial court did find that 'maybe two' of plaintiff’s factual allegations could be construed as being made without a reasonable basis, it did not clearly err by determining, under the particular facts and circumstances of this case, that the complaint did not rise to the level of frivolousness as of the time it was filed," the ruling states.