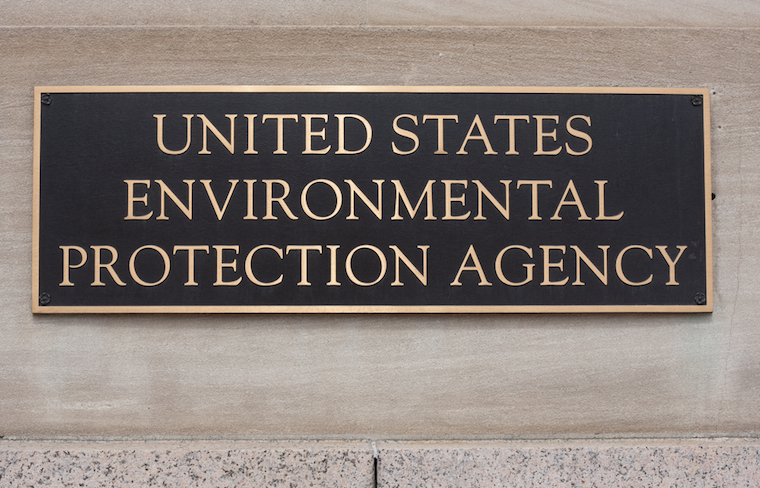 The Environmental Protection Agency (EPA) has announced its plan to stop false labeling and provide accurate risk information to consumers regarding the chemical glyphosate, most commonly known as the active ingredient in Monsanto’s Roundup weed killer.

“EPA is issuing guidance to registrants of glyphosate to ensure clarity on labeling of the chemical on their products,” the agency wrote in a statement released on Friday.

“EPA will no longer approve product labels claiming glyphosate is known to cause cancer – a false claim that does not meet the labeling requirements of the Federal Insecticide, Fungicide, and Rodenticide Act (FIFRA). The State of California’s much criticized Proposition 65 has led to misleading labeling requirements for products, like glyphosate, because it misinforms the public about the risks they are facing.”

The EPA’s announcement comes at a crucial time for Bayer, which purchased Monsanto last year, as the company is in the midst of three consecutive trial losses to plaintiffs who allege that their product was a substantial factor in causing their non-Hodgkin’s lymphoma.

As Bayer continues to stand behind its message of product safety, the EPA’s announcement is a tremendous win for the pharmaceutical giant.

“It is irresponsible to require labels on products that are inaccurate when EPA knows the product does not pose a cancer risk. We will not allow California’s flawed program to dictate federal policy,” said EPA Administrator Andrew Wheeler in the written statement.

“It is critical that federal regulatory agencies like EPA relay to consumers accurate, scientific-based information about risks that pesticides may pose to them. EPA’s notification to glyphosate registrants is an important step to ensuring the information shared with the public on a federal pesticide label is correct and not misleading.”

According to a recent Wall Street Journal report, there are now nearly 18,500 similar cases filed nationwide. The next trial was set to take place in Monsanto’s longtime hometown of St. Louis beginning Monday, Aug. 19 but was this week postponed to Jan. 27 by Judge Brian H. May, who did not list an immediate reason for his decision. It was set to be the first Roundup cancer case held outside of the state of California.

A news report published in Bloomberg on Friday indicated that Bayer is involved in negotiations with lawyers for thousands of plaintiffs. The report, citing sources familiar with the negotiations, stated that Bayer has proposed paying between $6 billion to $8 billion to settle more than 13,000 suits filed in U.S. state and federal courts.

A spokesperson for Bayer would not comment on "rumors and speculation," following the report.

The company has vehemently pressed for complete verdict reversals and new trials altogether in its three big California losses. Despite all three cases having their total damages initially awarded significantly slashed by their respective judges, Bayer still plans on appealing the jury verdicts.

“The August 19, 2019 trial date for Adams et al v. Monsanto in St. Louis County has been postponed, and the court has reset the date for January 27, 2020,” wrote Bayer in a statement. “With the change in the trial schedule, the appeals of the three completed trials will be a significant focus of the litigation in the months ahead.”