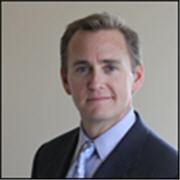 MINNEAPOLIS (Legal Newsline) – A Minnesota law firm has instituted a class action suit against a Nebraska financial services company claiming violations of federal law by sending advertisements via fax to recipients without their permission.

According to the July 31 filing in the U.S. District Court for the District of Minnesota, plaintiff The Barry Law Office, on behalf of itself and others similarly situated, filed the complaint against Ark Financial LLC alleging violation of the Telephone Consumer Protection Act.

The plaintiff claims that from January through June of this year, Ark Financial sent unsolicited "junk faxes" advertising its services, which included QuickBooks accounting software, to more than 40 recipients. According to the suit, none of the recipients had given express permission or invitation to receive the faxes.

The suit seeks statutory damages of $1,500 for each of Ark's alleged violations and to enjoin Ark from future unsolicited faxes as well as attorneys' fees and costs. It is represented by Thomas J. Lyons Jr. of Consumer Justice Center in Vadnais Heights, Minnesota.

Want to get notified whenever we write about U.S. District Court for the District of Minnesota ?

Sign-up Next time we write about U.S. District Court for the District of Minnesota, we'll email you a link to the story. You may edit your settings or unsubscribe at any time.

U.S. District Court for the District of Minnesota