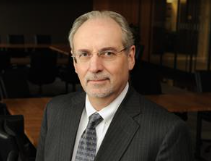 CHICAGO (Legal Newsline) – The U.S. Court of Appeals for the Seventh Circuit has ruled that a blind plaintiff regarded as a serial litigant seeking quick payoffs lacked standing to sue a credit union over the accessibility of its website.

The court made the ruling July 15, with Judge Amy C. Barrett finding the plaintiff lacked standing to sue because he failed to allege an injury in fact and upheld a lower court's decision to dismiss the claim.

The ruling states plaintiff Matthew Carello is blind and uses a screen reader to navigate the internet, and the defendant Aurora Policeman Credit Union's website allegedly does not offer support for the reader. The credit union is restricted by membership, and those who can apply for membership must be a part of a specific organization or association.

Brownstein Hyatt Farber Schrek shareholder Micheal Pryor said Carello is one of the "serial plaintiffs" who sue for a fast settlement rather than over actual harm. For this reason, the finding on this case sets a substantial precedent for similar cases in the future, he said.

"Credit unions, like many other industries, became subject to a flood of demand letters and lawsuits from serial plaintiffs alleging that their websites were not (Americans with Disabilities Act) compliant," Pryor said. "Being democratically controlled by their member-owners, credit unions make every effort to accommodate those with disabilities."

Pryor works with Christine Samsel, who represents the Credit Union National Association and wrote a friend-of-the-court brief on Aurora Policeman Credit Union's behalf in the case.

Because credit unions are available by membership only, they maintain services necessary to their member base and are not obliged to make accommodations for those who do not qualify for their services.

"Thus far, these serial cases appear designed to extract a quick settlement than rectify a real harm, as evidenced by the choice of plaintiff," Pryor said. "Credit unions are required to define discrete groups that they will serve — called a "field of membership" — such as employees of certain companies or in certain industries or those that live in a certain area, and these cases have largely brought claims from outside of those fields of membership."

Barrett wrote in the ruling that a plaintiff legally barred from using a credit union's services "cannot demonstrate an injury that is either concrete or particularized."

"These findings preclude the various avenues that the serial plaintiffs have raised in an attempt to gain standing despite their inability to comply with the credit unions legal membership restrictions," Pryor said.

Despite this finding and the lack of new suits coming against credit unions for similar reasons, other courts have found some standing for plaintiffs' complaints.

However, a similar case, Karla Brintley v. Aeroquip Credit Union, found the opposite of Carello according to Pryor. That case pending in the U.S. Court of Appeals for the Sixth Circuit.