Whistleblower wants his money, asks D.C. Circuit to order SEC to pay up from Teva settlement 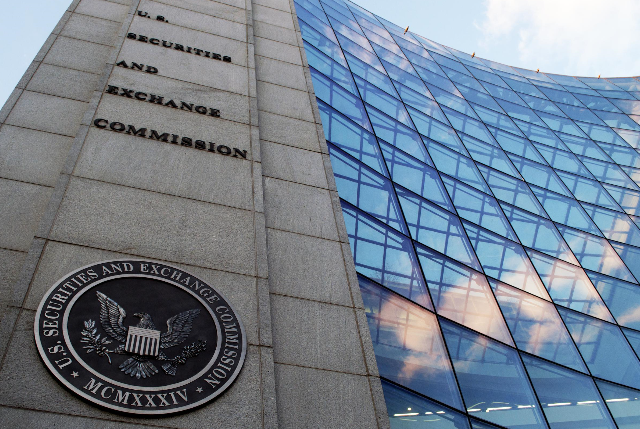 WASHINGTON (Legal Newsline) – An unnamed individual involved in a case that led to a pharmaceutical company paying hundreds of millions of dollars to settle bribery charges is asking the U.S. Circuit Court of Appeals for the District of Columbia to order the Securities and Exchange Commission (SEC) to promptly rule on his claim for whistleblower compensation.

The individual, referred to as John Doe, claims "unreasonable delay" as he has received nothing but an acknowledgement since first filing the claim in April 2017.

He claims to have supplied vital information on Teva Pharmaceuticals, its marketing of multiple sclerosis drug Copaxone and alleged bribery of officials in Argentina. The claimed whistleblower also noted, in his 42-page tip, that Teva may have engaged in similar conduct globally.

John Doe's petition asking for a writ from the appeals court links his tip and multiple follow-up contacts with the SEC to a $519 million settlement by Teva in connection with the charges.

In December 2016, the Justice Department announced the Israeli-headquartered Teva had agreed to pay a $283 million criminal penalty under the Foreign Corrupt Practices Act and $236 million to settle civil charges. This related to the alleged bribery of government officials in Russia, Ukraine and Mexico for either influence or fast-track approval of the multiple sclerosis drug.

During the same period and prior to the settlement announcement, multiple news outlets reported that the investigation extended to Argentina and Romania. Teva announced it was carrying out an internal probe into activities in Argentina. This was closed, the company later announced.

Recognized whistleblowers are entitled to 10 percent to 30 percent of the total settlement amount. In this case, whistleblowers, if there are more than one, will get between $52 million and nearly $156 million.

The SEC, in an opposition filing to John Doe's petition, said he "greatly misapprehends the work, effort, and time involved in reviewing whistleblower claims, including his."

"Doe overlooks the substantial complexities involved in adjudicating claims regarding the Teva matter because, among other things, there are six claimants in this matter (not only Doe as he apparently presumes)," attorneys for the SEC said.

The case also involves two different agencies, the SEC and DOJ, while "Doe ignores that the SEC is processing a voluminous number of other whistleblower applications that require the attention of the commission in addition to his claim," the SEC said

His attorney argued that this case, unlike others, does not involve complex issues, including scientific inquiries, and, therefore, is "straightforward."

The case involves "merely determining" whether or not, or to what extent, the tip the agency first received in 2011 contributed the beginning of the investigation, and its successful resolution, Doe's petition said.

The SEC, in its opposition, said, "Doe’s petition is predicated primarily upon his assertion that adjudicating his claim is a 'simple task' that requires little more than 'a conversation' between SEC claim reviewers and investigative staff and review of a 'confined record entirely within the agency’s knowledge.'"

Want to get notified whenever we write about U.S. Court of Appeals for the District of Columbia Circuit ?

Sign-up Next time we write about U.S. Court of Appeals for the District of Columbia Circuit, we'll email you a link to the story. You may edit your settings or unsubscribe at any time.

U.S. Court of Appeals for the District of Columbia Circuit