Is PFAS the next asbestos? Probably not, lawyers say, but it may come close 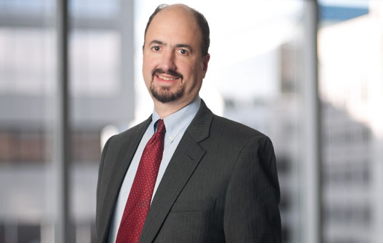 The good news about polyfluoroalkyl substances, or PFAS, is scientists have yet to uncover a “signature disease” associated with the ubiquitous chemicals once used to manufacture products as varied as waterproof outdoor gear and the packaging for chocolate cake mix.

Without a specific disease closely associated with the chemicals, plaintiff lawyers will have a harder time than they did with asbestos to create the assembly-line litigation process that has bankrupted so many companies that made or handled the once-common fireproofing material. That litigation persists long after asbestos has been largely removed from the market because mesothelioma, a rare cancer of the chest lining, can be caused by asbestos exposure. Each new diagnosis can yield judgments in the millions.

The bad news for companies that manufactured or used PFAS is it’s everywhere. Some studies suggest virtually everyone in the U.S. has some PFAS in their bloodstream and plumes of the highly soluble chemical are common in groundwater. That fact, combined with epidemiological studies suggesting some association with diseases including testicular cancer and pregnancy-related hypertension, have given lawyers ample material for constructing the next big mass tort campaign.

Companies with manufacturing sites linked to groundwater PFAS can limit their liability by carrying out remediation programs and supplying local residents with bottled water or access to municipal water systems, Leone said in a Thursday conference sponsored by the Washington Legal Foundation that featured his colleague Ann-Marie Duffy. By complying with federal and state environmental regulations including the Comprehensive Environmental Response, Compensation, and Liability Act, or Superfund law, some civil lawsuits may be preempted.

“If you’re cleaning up the site the way the state wants you to, then plaintiff counsel really don’t have a right to tell you to do it differently,” Leone said.

There are still many opportunities for lawyers to sue companies they blame for spreading PFAS, however. And the litigation will likely progress along the same path as asbestos.

The first targets are the companies that made PFAS, led by 3M, which started producing it in the 1940s for a wide variety of products including Teflon nonstick cookware. After 3M ceased making the chemicals in 1999, DuPont took over as a leading manufacturer. Both companies face thousands of lawsuits, mainly by residents near sites where it leached into groundwater.

DuPont settled an early case in 2004 on terms that included funding a study of some 69,000 residents in West Virginia to uncover effects of PFAS. That study found statistical association with six diseases including testicular and kidney cancer, ulcerative colitis, thyroid disease and high cholesterol.

“That finding got the ball rolling,” Leone said, prompting lawyers to file thousands more lawsuits that DuPont settled in 2016 for $671 million.

The state of Minnesota sued 3M over groundwater pollution and settled that case for $850 million in 2018. There is also multidistrict litigation in South Carolina over PFAS compounds widely used in firefighting foam. Documents released in that case and the Minnesota lawsuit against 3M have fueled further litigation, Leone said, including a purported class action by an Ohio firefighter on behalf of the 99% of the U.S. population with detectable levels of PFAS in their blood including as-yet-unborn children, since PFAS can be passed in utero.

“The class consists of approximately 326 million people, but is growing at a rate of one every 14 seconds,” Leone said. The plaintiffs aren’t seeking money yet, but funding for a scientific panel that would make causation decisions individual claimants could use to obtain payments later, Leone said.

The second wave of lawsuits has already started against companies that used PFAS in manufacturing processes, including Georgia-Pacific, Wolverine shoes, and St. Gobain, a glass manufacturer whose smokestack emissions distributed PFAS across upstate New York and Vermont. Future targets could include any companies that made paper, textiles, leather goods or used PFAS in other processes, such as for mist suppression in electrochemical plating. (Those companies already have been targeted for chromium releases into groundwater, Leone said.)

The first wave of lawsuits against manufacturers has proceeded far enough to be considered a “mature tort,” Leone said, meaning some judges may dispense with lengthy individual trials over whether the chemical is dangerous and begin bunching plaintiffs together to process cases faster. This despite the fact multiple studies of workers have found no association between PFAS exposure and disease and the federal government has yet to declare the thousands of PFAS compounds hazardous.

Manufacturers have some solid defenses, including scientific studies disproving their facilities are the source of groundwater PFAS or that residents have suffered no damages even though the chemical is detectible in the groundwater under their homes. But the last time courts dealt with a similar chemical that spread widely and was difficult to remove from the environment, the gasoline additive MTBE, they largely dismantled such defenses to find ExxonMobil liable for distributing the chemical without adequately warning gas-station owners they should be careful not to let it leak into the ground.

So is PFAS the next asbestos?

“No, not really,” Leone said. “First of all, asbestos is still asbestos,” and it’s keeping plaintiff and defense lawyers busy as it has for more than 30 years.

More importantly, there’s no signature disease like mesothelioma that plaintiff lawyers can use to recruit clients nationwide for relatively low-risk lawsuits.