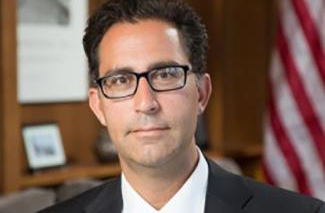 SAN FRANCISCO (Legal Newsline) - A federal judge in California has been mulling Monsanto's claims that an unfair trial led to an $80 million Roundup jury verdict in March. And now, U.S. District Judge Vincent Chhabria must consider the significance of a juror who hugged a plaintiff during a recent post-trial hearing and a letter the same juror wrote him urging the verdict be upheld.

In a motion filed Monday in U.S. District Court for California's Northern District, Monsanto asked the court to supplement the record in Hardeman v. Monsanto Co., et al. for reasons that include actions by "Juror No. 5," who attended a post trial hearing just prior to the Independence Day break.

"During breaks in that hearing, Juror No. 5 conversed with Plaintiff’s counsel, as well as a juror from the Johnson v. Monsanto trial who now posts recaps of trials and hearings in the Roundup litigation on an anti-Monsanto advocacy blog, and who wrote a similar letter to the trial judge in Johnson, Judge [Suzanne] Bolanos, urging her not to disturb that jury's verdict," Monsanto's motion said.

On March 27, the Hardeman jury, which included Juror No. 5, found that Monsanto's glyphosate-based weed killer Roundup had been a substantial factor that caused Edwin Hardeman's non-Hodgkin’s Lymphoma. Hardeman, who was diagnosed in 2014, was awarded $5 million in compensatory and $75 million in punitive damages.

Chhabria subsequently announced he would reduce punitive damages in the case, based on a U.S. Supreme Court ruling that the ratio of punitive to compensatory damages must not exceed 9 to 1.

Monsanto, now owned by Bayer AG, has consistently maintained that glyphosate does not cause cancer and is safe for human use.

The company's six-page motion filed July 8 also referred to Juror No. 5's July 4 letter to the court asking that damages awarded in the case stand.

"As a juror on the Hardeman v. Monsanto Company et. al. case, I could not think of a better way to spend my Independence Day than writing this letter to you to implore you not to reduce our verdict of $2 million in future noneconomic damages or the $75 million in punitive damages," the juror's letter said. "In fact, I feel it is my duty as a citizen of the United States to see this case through by kindly demanding proper damages be awarded for the reprehensible acts of Monsanto."

In its motion, Monsanto acknowledged that Juror No. 5's letter "has no bearing on the issues being considered by the court." The motion asked that the letter be added to the case's record  because of the juror's actions and in light of two hearings on post-trial motions challenging verdicts.

"The fact that jurors from both (Roundup) trials wrote letters in support of constitutionally impermissible verdicts is highly unusual, and generates further anti-Monsanto bias in the Bay Area that will infect future Roundup trials," the motion said.

Monsanto also asked that, "if the Court intends to rely on the letter in any manner in determining the noneconomic compensatory or punitive damages," the company have "an opportunity to further be heard regarding the irrelevance of the letter to those issues."