Six months after its December 2018 passing with large bi-partisan support, the details of how an act aimed at reforming federal prison sentencing is impacting the 180,000 federal prisoners is becoming clearer.

The First Step Act, which was backed strongly by President Donald Trump, includes cuts to mandatory minimum sentences for some offenses, and gives judges more freedom to deviate from those mandatory minimums, the so-called "safety valve." It mainly targets non-violent drug felonies. The "safety valve" provision was first introduced under the 1994 Violent Crime Control and Law Enforcement Act.

Under the act, the mandatory minimum sentence for a second serious drug offense drops by five years to 15 years. An individual convicted under the "three strikes" rule can be sentenced to 25 years instead of mandatory life. 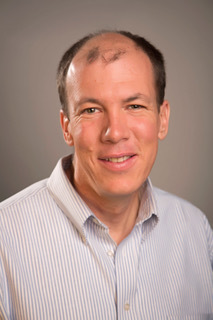 And the addition of 25 years for a defendant convicted of two or more violent or drug trafficking charges while holding a gun will apply only if the individual has a prior gun conviction.

But most of the provisions do not include a retroactive element, so some reformers are pushing for a second step act that would extend it to those sentenced prior to the First Step Act coming into effect.

For example, Texas attorney Brock Benjamin believes his client, convicted of drug conspiracy, should have his 20-year sentence halved per the First Step Act. However, the act was passed just a couple of months after the sentencing.

Benjamin says his client, Carmen Marquez, should have another day in court and his sentence reduced.

"He would’ve been looking at a totally different sentence,” Benjamin told Legal Newsline. “That is just frustrating.”

Over 2,000 prisoners are estimated to be affected by the provision, according to the Congressional Budget Office, but they will have to petition a court, and prosecutors can object.

One other measure that could affect many thousands of inmates is the increase in good behavior days, which is retroactive. It increases the cap from 47 to 54 days for each year of their sentence.

Further reforms are being urged, ones that could affect Marquez. The Colson Task Force, whose mandate is to work on prison reform, wants all the sentencing provisions applied retroactively, allowing judges to reduce the sentences of those behind bars prior to the act coming into effect in April. This includes those covered by the "safety valve" provision.

But it could face the strong argument that this would be a serious strain on the judicial system as judges will have to re-sentence much of the prison population.

The task force also wants to abolish all mandatory minimum sentences except those of drug lords.

Want to get notified whenever we write about Brock Benjamin ?

Sign-up Next time we write about Brock Benjamin, we'll email you a link to the story. You may edit your settings or unsubscribe at any time.