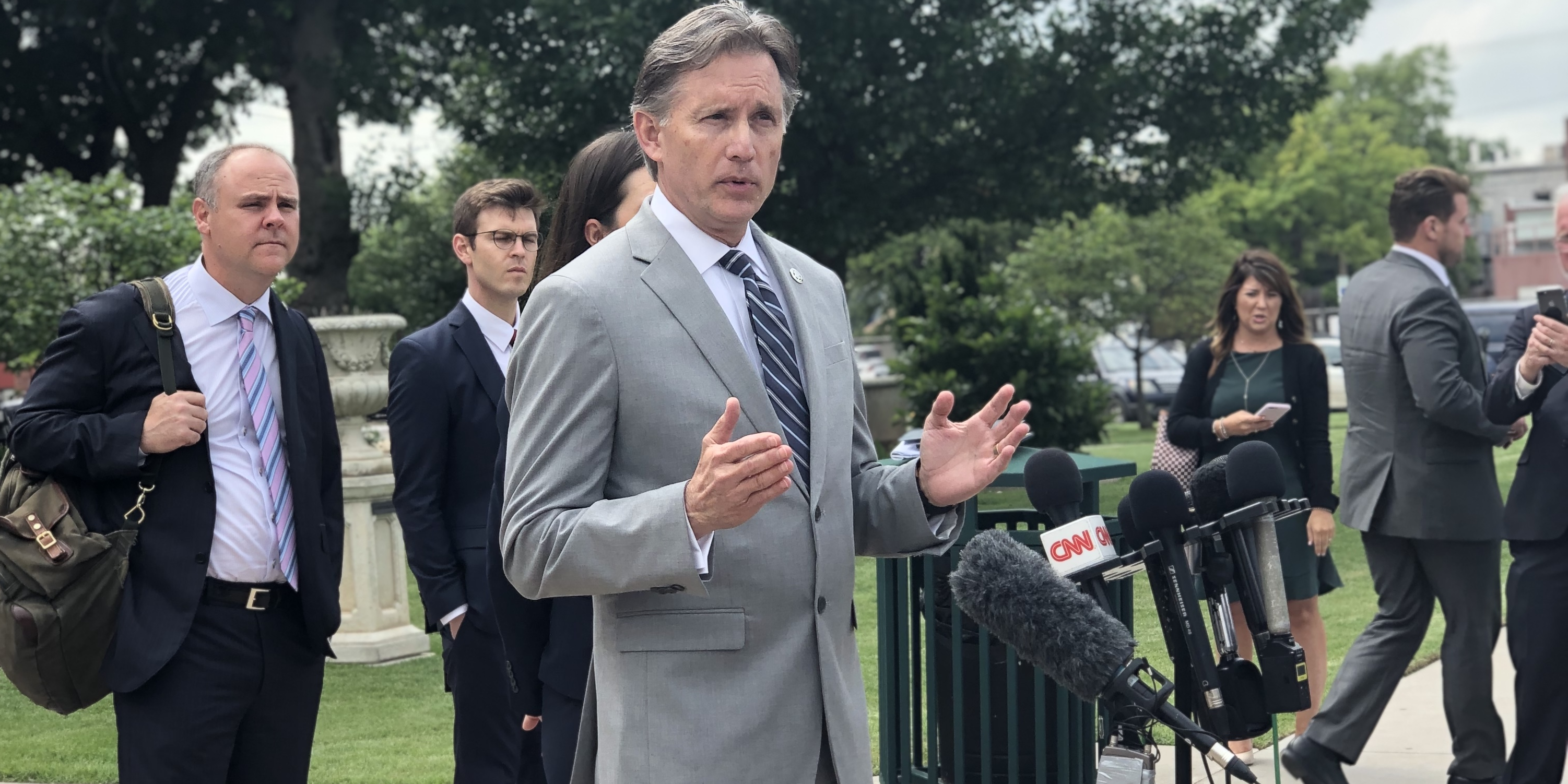 NORMAN, Okla. (Legal Newsline) - Admitting there is a high potential for abuse in opioid medications, Johnson & Johnson attorney Larry Ottaway said during opening arguments on Tuesday that physicians prescribing its medications Nucynta and Duragesic know this risk and have to know it to be licensed.

But, government is involved in every step of oversight and endorsement of opioids, and he questioned the motive behind the lawsuit - saying it's about damages, not abatement.

Johnson & Johnson and its subsidiary Janssen Pharmaceuticals are fighting claims brought by Oklahoma State Attorney General Mike Hunter, who's looking to blame the companies for what he calls the worst public health crisis in the state’s history. The high profile bench trial is before Cleveland County District Judge Thad Balkman, who will decide the case rather than a panel of jurors.

Attorney Brad Beckworth is making the case for the state, arguing, in part, that Johnson & Johnson marketed opioid drugs as safe and effective for everyday pain and knew that abating the opioid crisis in Oklahoma would cost billions.

Ottoway made his opening remarks in the afternoon session of a trial that is expected to last late into July.

“Are they completely safe?" he said. "No. That is why the labels tell you it's susceptible to addiction.”

He said Johnson & Johnson has ongoing communications with doctors about risks and that doctors have FDA labels, medical schools, textbooks, clinical literature, medical education, other physicians, clinical experience and sales representatives - all under federal and state regulations - to help make decisions regarding individual risks and benefits in prescribing opioids.

“At every step, the government is involved in oversight and endorsement,” Ottaway said. “We don’t just come up with this; there is a need. We develop a drug to meet that need. We don’t just release it on market - it goes through steps of release to market.”

As Ottoway concluded his statements, he asked "what did the state do about all of this?”

His answer: the state continued by its tier system to encourage hydrocodone (not produced by J&J), discouraged prescribing of abuse-deterrent formulations, refused to pass laws restricting ownership of pain clinics, ignored pleas for more diversion agents and waited until 2014 to implement quality restrictions.

“The state is seeking damages, not abatement,” Ottaway said. “We are a state that is not poor, we are rich with resources. We can solve this problem. Why are we here…because when you are right, you fight it.”

Outside the courtroom, Hunter made statements to the press before leaving for the day. He said the opioid crisis is a collaborative effort by defendants J&J and the industry affiliated with selling, marketing and misrepresenting opioid analgesics, creating a multibillion-dollar public nuisance that has led to thousands of deaths and addictions.

Hunter, though feeling “really good about the beginning of the case,” reiterated that in the state’s judgment, the opioid crisis “is the worst manmade, public health crisis in the history of the country and that certainly applies to Oklahoma.”

“We established for the judge that there is a big picture here - that Johnson & Johnson/Janssen is in this up to their neck,” Hunter said.

The trial is to reconvene Wednesday at 9 a.m.