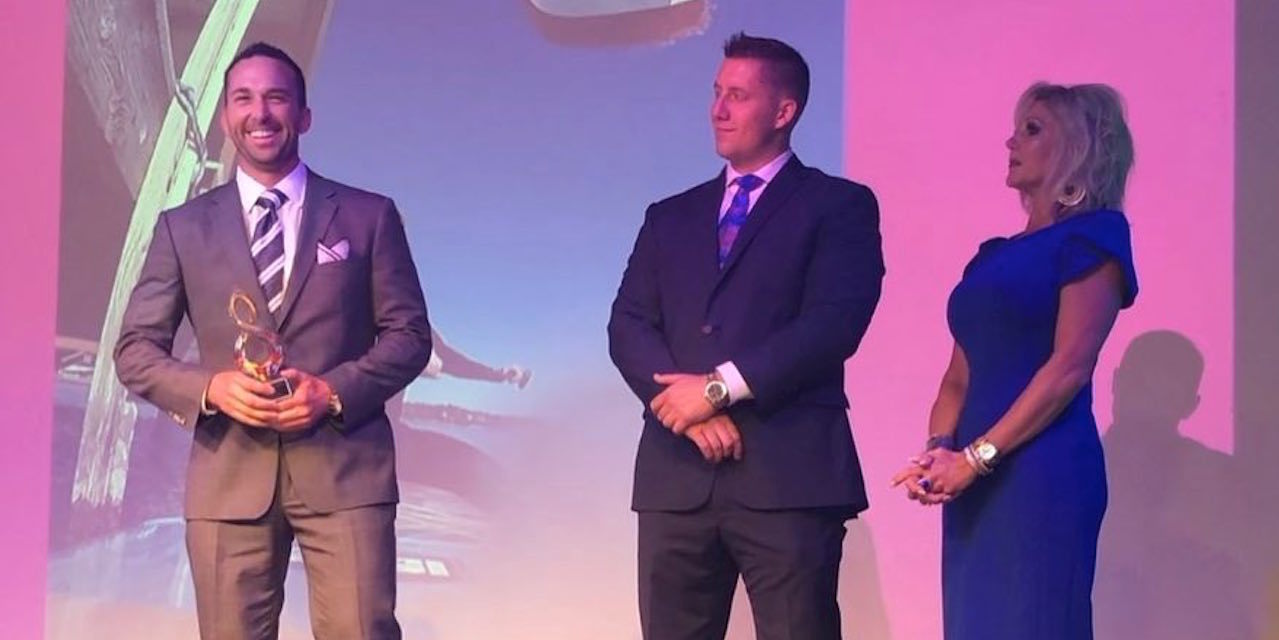 Attorney Chris Stoy, left, one of the Fort Worth Business Press’ 40 Under 40.

Imagine waking up after a blow to the head with little visible damage but the uncanny feeling something isn’t right.

That’s what happened to one of attorney Chris Stoy’s clients, who was hit with an overhead door while on the job. The story illustrates the primary reason the Fort Worth Business Press’ 40 Under 40 winner went into personal injury law.

In an interview, Stoy said he switched from insurance law to personal injury so he could make a difference.

“I realized I didn’t want to be involved in that side of the practice and went over to plaintiffs work where I felt like I could help somebody,” he said.

Stoy and his partner, Susan Hutchison, were colleagues at a Dallas firm before opening their own practice in 2014. Since then, he said the firm has grown from two to 16 employees and will open a Lubbock office Saturday, June 1.

Business has “just exploded,” he said.

Although he prefers to try every case before a jury, Stoy said that isn’t always best for his client. It can be hard to predict which cases are winnable and which are better mediated out of court.

An example is the client with the head injury. While this 24-year-old man knew something was wrong, it took friends and family to help him face the fact that his cognitive processing had slowed.

“His ex-wife testified about how he went from being the greatest dad in the world to not really engaging whatsoever with their son,” Stoy said.

His employer talked about how they had to make special accommodations for him in terms of not asking him to multitask and his more-depressed mood.

While the defendant, a company that had been on-site the day of the accident, failed to offer a settlement, Stoy persisted.

“They offered me pennies and I got $1.3 million for my client’s pain and suffering and mental anguish,” he said.

Stoy credits his grandmother’s influence with instilling in him the compassion to seek justice on behalf of his clients. Upon deciding to become an attorney, she told him he could achieve anything if he wanted to.

“To me, that’s what my job is: telling my client’s story to a jury,” Stoy said. “I think there’s a stigma [about personal injury lawyers] that it’s all about the money, but it’s not. We do it because we are able to help people.”

Want to get notified whenever we write about Hutchison & Stoy ?

Sign-up Next time we write about Hutchison & Stoy, we'll email you a link to the story. You may edit your settings or unsubscribe at any time.