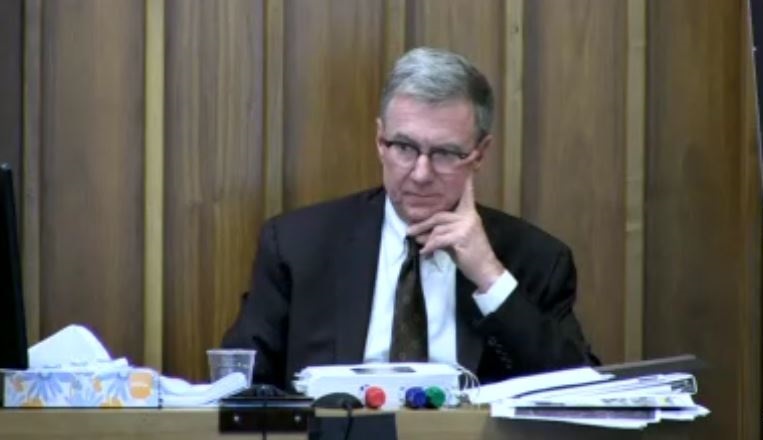 NEW YORK (Legal Newsline) - A prolific expert whose testimony is vital to asbestos lawsuits over talcum powder lied on the stand and failed to disclose the questionable history behind his most important samples, Johnson & Johnson said in a motion to dismiss a lawsuit currently in trial in New York.

Dr. William Longo’s testimony should be stricken because he falsely stated he first tested talc for asbestos in 2017, J&J said in its motion. The expert, who provides testimony in hundreds of asbestos cases a year, testified in at least two lawsuits in the early 2000s that his laboratory had tested cosmetic talc for asbestos and found none, according to deposition transcripts J&J filed with its motion.

Plaintiff lawyers also failed to reveal that decades-old talcum powder samples they said came from a “collector” actually were provided by a close relative -- described by Longo in another trial as the father of a lawyer closely involved in talc litigation.

Longo’s testimony is critical to the case because other experts rely upon his findings to assert that asbestos in baby powder caused their client’s mesothelioma, a deadly cancer of the pleural lining typically associated with industrial asbestos exposure.

Johnson & Johnson denies its talcum powder ever contained asbestos. But plaintiff lawyers claim the opposite, relying primarily upon testing Longo’s lab has performed on decades-old samples contained in bottles lawyers purchased on eBay and from other sources. J&J has consistently challenged the provenance of those samples and some judges have dismissed talc lawsuits on that basis alone.

Judge Manuel Mendez of NYCAL, the specialized New York City court for asbestos lawsuits, refused to dismiss talc cases against J&J and Colgate-Palmolive. The lawsuit by plaintiff Donna Olson before Judge Gerald Lebovits is a test of how J&J will fare in NYCAL, considered a “judicial hellhole” by defendant companies because of its perceived pro-plaintiff rules and reputation for generous jury awards.

Of the four talc cases teed up at the beginning of the year, Olson was the first to begin trial, in February.

Despite supportive articles from Reuters and the New York Times, plaintiff lawyers have had mixed results convincing juries that talcum powder causes cancer. Last year, a St. Louis jury awarded $4.14 billion to a group of 40 women claiming their ovarian cancer was caused by talc, and plaintiffs racked up two large verdicts in mesothelioma cases in California. But they’ve also lost a number of cases, including an Oregon trial in September 2018, several California trials and a New Jersey defense verdict in March of this year.

The mixed record places enormous importance on a few highly paid experts who are willing to testify that cosmetic talc contains asbestos and it can cause cancer. Longo is at the top of the list, since his laboratory is the only one that consistently claims to find asbestos fibers, including tremolite, in talc.

J&J rejects Longo’s scientific conclusions, saying he is misidentifying non-asbestos fibers. But if judges let them in, then other experts are free to testify contaminated talc caused a client’s cancer.

Longo testified he’s earned $30 million over the years and once said he’s in such demand that plaintiff lawyers “don’t even call me, just list my name” as an expert witness in their cases. His popularity comes at a price, however: In the years before talc litigation took off, Longo was sometimes asked if talc could have caused cancer that plaintiffs were blaming on other products. In at least two cases, a lawsuit against Hess Oil in the Virgin Islands in 2002 and another the following year against Northrup Grumman, he said his lab had tested cosmetic talc for asbestos and failed to find any.

In Bertucci v. Northrup Grumman in 2003, he was asked if he had “ever found any asbestos minerals at all in any talc used for cosmetic purposes.” “No I have not,” he said. Yet in testimony in the Olson trial in February, J&J says, Longo denied testing talc for asbestos before 2017.

“This falsehood is part of a pattern and practice of Dr. Longo misleading juries across the country,” J&J said, citing a recent New Jersey case where he admitted to providing false testimony about the number of samples he tested. Longo didn’t immediately respond to a request for comment sent to his lab.

Johnson & Johnson also mounted a frontal attack on the reliability of Longo’s testing by challenging samples that yielded the highest levels of asbestos fibers, according to his lab. Those samples came from Steven W. Berkness, who said in an affidavit he obtained them from the Minneapolis area. What Berkness didn’t reveal, according to J&J, was that he was related to Rachel Berkness, who from 2014 to 2017 was a lawyer with Kazan, McClain, Satterley & Greenwood – the same law firm that received the containers and passed them along to Longo for testing.

The Kazan firm teamed up with Levy Konigsberg, lawyers representing the plaintiff Olson in New York, in a California lawsuit that yielded a $29.4 million verdict earlier this year. J&J says it only learned that the Berknesses were related during that trial in March, after Longo had left the stand on the Olson trial. Earlier this month Longo testified in another California trial that they are father and daughter.

A J&J lawyer declined to comment on the company’s filing. No one from Levy Konigsberg was immediately available to comment. In an April 26 letter to judge Libovitz, however, plaintiff lawyers urged the judge not to allow in “hearsay evidence” about a relationship between the Berknesses, calling it “irrelevant, duplicative and grossly speculative.”

“A simple Google search would have provided the paternity information over a year ago,” the lawyers wrote. Defendants want to introduce the evidence “to improperly interject unsupported allegations of evidence tampering concerning the bottles of talc tested by Dr. Longo,” they continued, but there is “no affirmative prove to back such a shocking claim.”

In its motion to dismiss J&J said the undisclosed relationship between the Berknesses just adds to the suspicious history of the samples. In addition to passing through the hands of plaintiff lawyers and having three times the second-highest tremolite concentration among Longo’s results, the samples also contain diatomaceous earth, a substance unrelated to talc that suggests the bottles were contaminated, J&J says. All of the samples plaintiffs use in talc trials come from previously opened bottles.