SAN FRANCISCO (Legal Newsline) – California cities suing ExxonMobil and four other big oil and gas companies have amended their complaint after a federal judge criticized them for portraying an internal memo by an industry association as revealing inside information about climate science that turned out to be merely a summation of findings by the Intergovernmental Panel on Climate Change.

The amended complaint by the City of San Francisco filed on April 3 makes significant changes to a paragraph describing a 1996 memo by the Global Climate Coalition, a group formed by the American Petroleum Institute that plaintiff lawyers have accused of spreading disinformation about climate change in the 1990s. In the original complaint, the paragraph describes an “internal GCC presentation” stating that CO2 emissions would double and spark the highest rate of global warming in 10,000 years.

The amended version makes it clear the industry association’s presentation summarized the conclusions of the IPCC’s Second Assessment report released in 1995 and didn’t reflect independent research by API or GCC. Plaintiff lawyers are using this and other evidence to try and prove that the oil companies knew more about global warming than they revealed to the public. 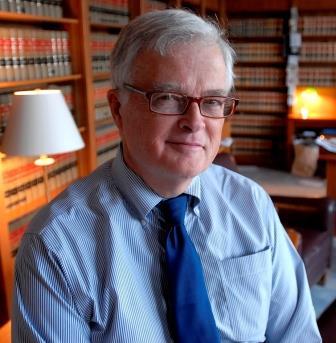 In a hearing last week, U.S. District Judge William Alsup expressed some peevishness about how the plaintiffs characterized the GCC memo. The judge said he read the original paragraph to suggest “there was a conspiratorial document within the defendants about how they knew good and well that global warming was right around the corner.”

“And I said, `Okay,’ that’s going to be a big thing. I want to see it,” the judge continued. “Well it turned out it wasn’t quite that. What it was was a slide show that somebody had gone to the IPCC and was reporting on what the IPCC had reported, and that was it. Nothing more.”

Since by that point “everybody knew” what the IPCC had reported, the judge said, “it’s hard to say they were secretly aware.”

The amended complaint also eliminates one of the most incendiary paragraphs in the previous version, about a 1998 memo by an API executive describing a “Global Science Communications Action Team” that planned a “disinformation campaign” modeled upon the tobacco industry’s efforts to downplay the links between cancer and smoking.

The complaint also adds scientific evidence bolstering claims based on the threat of rising sea levels, including satellite data supporting long-term sea level rise despite short-term changes driven by El Nino. And it adds information about the activities of the defendant companies in California, the better to establish jurisdiction over them and perhaps to differentiate them from Statoil, the state-controlled oil company in Norway which the defendants want to drag back into the case.

Judge Alsup scheduled a May 24 hearing on motions to dismiss the amended complaint.

In their lawsuits, the cities of San Francisco and Oakland are trying to prove the oil companies knew the risks of CO2 pollution yet sold their products anyway, creating a public nuisance. The connection between such knowledge and nuisance law is slender; traditionally, nuisance lawsuits by the government have been brought to shut down a business that is annoying local residents.

Since it would be unrealistic to try and shut the oil companies down – and doing so would have little impact on global warming given the many other sources of CO2 – the cities say they are seeking an order to “abate the global warming-induced sea level rise nuisance” by “funding an abatement program to build sea walls and other infrastructure that is urgently needed.”

“This case is, fundamentally, about shifting the costs,” they say in their complaint.

The defendant companies are seeking to dismiss the case on that basis, saying it is really a traditional tort suit over supposedly defective products, written to appear as a nuisance lawsuit.