WASHINGTON (Legal Newsline) — The U.S. Department of Justice and the U.S. Environmental Protection Agency (EPA) announced March 12 that the owner of the Bunker Hill Mine, Placer Mining Company Inc. (Placer Mining), has agreed to settle allegations relating to its cleanup liability in Idaho’s northern panhandle.

“[This] settlement ends years of litigation, recoups for taxpayers millions of dollars in cleanup costs, and ensures a better environment for the people of Idaho, while also spurring economic growth and job creation in the northern panhandle region,” Jeffrey H. Wood, acting assistant attorney general for the Justice Department’s Environment and Natural Resources Division, said in a statement. “We are pleased to work with our partners at EPA to bring this longstanding matter to a good resolution.”

The Justice Department and EPA reached a concurrent settlement with Bunker Hill Mining Corp. (BHMC), the lessee of Bunker Hill Mine. Under terms of the settlement, BMHC will pay EPA up to $20 million on behalf of Placer Mining. 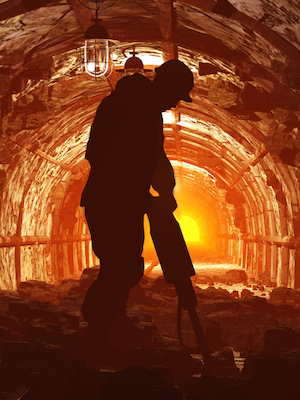 "Through this settlement, EPA is clearing the way for a new operator to resume mining, bringing jobs back to the community, while also securing the ongoing cleanup of contaminated water and recovery of EPA's past cleanup costs," EPA Administrator Scott Pruitt said in a statement. "EPA is delivering on its Superfund Task Force commitments."