ALBANY, N.Y. (Legal Newsline) – Experts who have watched medical malpractice lawsuits skyrocket in states like New York, Rhode Island and New Jersey say lawmakers have made it too easy and attractive to sue and reform must happen. 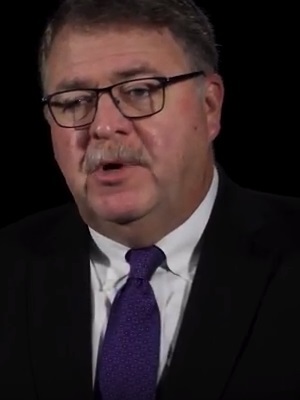 In January, a new law passed both houses of the New York State Legislature extending a statute of limitations to pursue a medical malpractice lawsuit against doctors who miss a cancer diagnosis from the former 15 months to 30 months.

The statute of limitations will begin running not when the error occurred as in the past, but the date at which the patient found out about the error. Called Lavern’s Law, the legislation is named after a woman who died in 2013 after doctors failed to diagnose her lung cancer.

Doctors and hospitals, including 30,000 members of the Medical Society of the State of New York, opposed the move. According to a July 2017 report in The Legislative Gazette, the medical organization’s members claimed the new law would increase New York’s already high liability costs and drive more doctors out of the state.

New York Gov. Andrew Cuomo signed the legislation in February after some modifications were made.

Stebbins said personal injury lawyers are lobbying for laws that give them greater advantage over medical professionals, ultimately restricting access and driving up the cost of health care.

“Rather than make it easier to file lawsuits, Cuomo and the legislature should prioritize a complete overhaul of the medical liability system and put together a plan that works for patients, doctors and hospitals alike,” he said.

Curt Schroder, executive director of the Pennsylvania Coalition for Civil Justice Reform, agrees that reform of the system is overdue.

Schroder said courts continue to eat away at protections offered in the act such as venue (holding a case in the county where the malpractice allegedly took place).

“Plaintiff attorneys will go to great lengths to have their case tried in the high-verdict jurisdiction of Philadelphia,” he said. “A recent Superior Court decision found venue in Philadelphia even though the patient was in a Berks County hospital (67 miles away).”

Schroder said such changes go against the intent of MCARE, later adopted in the state’s procedural rules.

“Pennsylvania, unlike many states, has no limits on non-economic damages (pain and suffering),” he said. “Passing legislation or a constitutional amendment to cap non-economic damages would bring stability and reduce payouts of medical malpractice awards and settlements.”

“Emergency room physicians are subject to second-guessing their decisions even though the patient might not be able to convey important medical information,” Schroder said. “House Bill 1366 would require a judge or jury in any court proceeding to apply a clear and convincing evidence standard when determining whether or not an act by emergency health care providers or their failure to act was grossly negligent.”

Schroder added this would establish a higher standard than the normal “preponderance of evidence” used in most civil cases and would require “gross negligence” be proven as opposed to “mere negligence.”

“Until the Pennsylvania Legislature addresses medical malpractice reform, we will likely continue to see payouts rise in Pennsylvania,” he said.